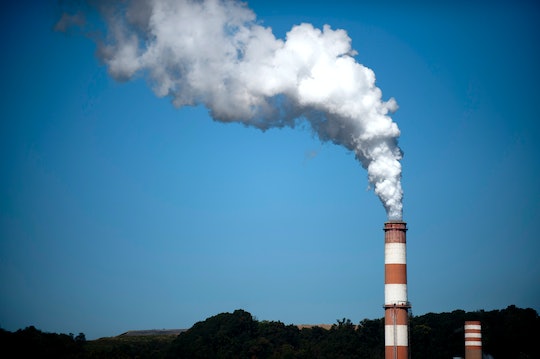 Why These Republicans Want To Eliminate The EPA

While the recent controversial confirmation of Betsy DeVos as the United States' new secretary of education has been dominating news feeds for the better part of a month, a new bill introduced to the House of Representatives should have everyone worried. The recent legislation, put forth by Florida Rep. Matt Gaetz and three colleagues, all Republicans, would effectively eliminate the Environmental Protection Agency (EPA) for good, and the reasoning behind it is confusing, to say the least. As President Trump's campaign made abundantly clear, upholding the duties and power of the EPA has never really been a concern for Trump, and his nomination of oil tycoon Scott Pruitt to head the EPA has served as a warning that Trump's administration isn't messing around.

While Trump has promised to "make America great again" by boosting the economy with fewer EPA regulations, made official in an executive order, Gaetz's proposed bill goes even further in the fight to take down the agency, whose mission is to literally "protect human health and the environment." While the bill is still just a bill (School House Rock, anyone?), its creation and support is still something to be worried about, especially when it seems that our president is a big supporter of the oil and coal industries. So, what do we know about this bill, so far?

Currently, the bill has only four sponsors, all Republicans, including Gaetz himself. Along with Gaetz, the sponsors of the new bill are Barry Loudermilk from Georgia, Thomas Massie from Kentucky, and Steven Palazzo from Mississippi. It's not really a surprise that all four representatives hail from southern states — those highly involved and affected by the oil industry —although it is frightening. All four lawmakers point to the economy and job creation as some of the central reasons they support the bill.

But according to the bill's sponsor, there's a more "altruistic" reason for it, too (if you believe him). "To better protect the environment we should abolish the EPA and downstream resources to states for more effective & efficient protection," he wrote in a Facebook post on Feb. 2. In an email obtained by The Huffington Post, Gaetz clarified that "as conservatives, we must understand that states and local communities are best positioned to responsibly regulate the environmental assets within their jurisdictions. This legislation abolishes the EPA effective December 31, 2018, to allow our state and local government partners to implement responsible policies in the interim.”

While the email itself doesn't explain the positive and negative side effects of passing such a bill, Gaetz does say that "the American people are drowning in rules and regulations promulgated by unelected bureaucrats, and the Environmental Protection Agency has become an extraordinary offender.”

It's no secret that the EPA isn't perfect, with residents of the city of Flint, Michigan actually suing the agency for having played a part in its long-running water crisis (which, by the way, is still happening). However, the EPA still stands as an important part of American government, seeking to protect United States citizens, and future generations to come. While Gaetz and his colleagues think they're "protecting" the environment by doing away with the department dedicated to doing just that, their actions will cause irreparable damage in the long run.