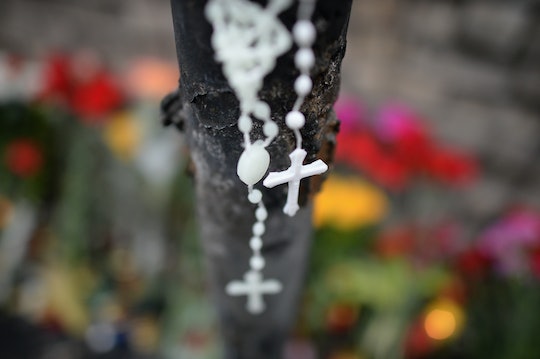 A late 2016 court ruling blocked an important regulation enacted with the Affordable Care Act, which kept doctors from discriminating against transgender patients or women who’ve had abortions in the past. In Texas, U.S. District Judge Reed O’Connor found that this nondiscrimination rule violated the “religious freedom” of doctors and insurance companies that are against gender transition and abortion — or who believe them to be “evil," according to Slate.com. So if rulings like this are coming out of Texas, which other states allow doctors to reject patients on religious grounds, legally?

The ACA forbids discrimination in health care on the basis of sex, which the Department of Health and Human Services has clarified includes “gender identity” and “termination of pregnancy.” According to Slate, O'Connor determined that the HHS rule doesn't build upon “sex discrimination,” and is, as a result, unlawful. According to that outlet, O’Connor held that treating or insuring transgender patients “substantially burdens” insurance companies and hospitals’ “exercise of religion.” He went on to argue that “the government [can] assume the cost” of transgender-related treatment, and/or “assist transgender individuals in finding” a doctor who could treat them — instead of "burdening" a doctor with religious beliefs against that person's identity from having to treat that person, apparently?

And in March, Senate Bill 25, which prevents parents from suing their medical provider if their baby is born with disabilities, passed. With that bill, even if that doctor discovered a condition during prenatal testing and failed to inform the parents, the parents can't sue, as reported by The Huffington Post. What is going on in Texas, anyway?

"It is unacceptable that doctors can be penalized for embracing the sanctity of life,” Republican Sen. Brandon Creighton, from Texas, reportedly said in a press release when he introduced the legislation in the fall of 2016. So, again, this ruling has to do with the religious beliefs of doctors, and not the right of the parents to make their own decisions in regards to a pregnancy.

In the ruling by Judge O'Connor, the state of Texas, "along with four other states and several Christian medical associations," brought this case to his court, according to refinery29.com. According to the Associated Press, "Wisconsin, Kentucky, Nebraska and Kansas, along with the Christian Medical and Dental Association and Franciscan Alliance, an Indiana-based network of religious hospitals," joined Texas in this lawsuit.

As Refinery29 pointed out, the judge invoked the Religious Freedom Restoration Act (RFRA) in that case, the same rule that let the Hobby Lobby case proceed. Rulings like the one O'Connor made, plus the Hobby Lobby case outcome, could act as precedent for other states to follow in allowing doctors to not treat patients on religious grounds — even if the patient feels that the treatment is necessary for them or even if the treatment is ordered by another physician.

Under the Affordable Care Act, physicians have been prohibited on the federal level from discriminating based on things such as sex, gender, and race. But cases like O'Connor's can still be debated on the state level.

Plus, some religiously-affiliated health care organizations and institutions, like Catholic hospitals, refuse to perform a number of reproductive health services based on their religious beliefs — and the Affordable Care Act protects that. According to the Department of Health and Human Services website, "new protections prohibit discrimination against health care facilities and health care providers based on their unwillingness to provide, pay for, provide coverage of, or refer for abortions." So, really, doctors can legally decide against treating certain patients needing certain services in religiously-affiliated hospitals in any state under that regulation.

Texas seems to be the only state with recent regulation allowing doctors to reject patients on religious grounds based on a legal ruling. But with that precedent set, and with protections in place for some health care institutions in every state already, others may follow suit in the future.