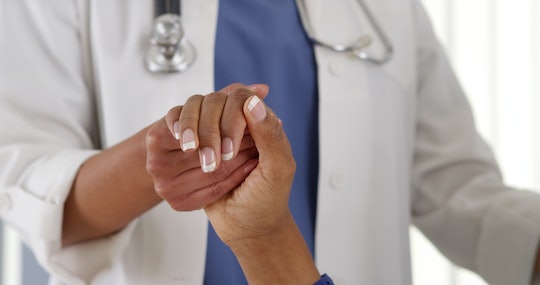 A Trump administration plan to allow employers to cite “moral objections” as a reason to leave contraception out of insurance plans offered to female employees took effect earlier this month, but the regulation may not be the final word on whether women have access to birth control as part of their health coverage. Some 18 states have already come out publicly against the rule, Salon reported this week, including several that have filed lawsuits in federal court. At a time when it may seem like the Trump administration can freely undo equal protection for women and take away affordable health care coverage for millions of people with the stroke of a pen, these states are fighting Trump’s birth control mandate in court.

The regulation, which took effect on Oct. 6, allowed for-profit and publicly held companies, as well as insurance companies, to ask for exemptions to the Affordable Care Act’s birth control coverage mandate. By expanding the umbrella given to companies under the Supreme Court’s Hobby Lobby decision to include “religious or moral objections” (emphasis added), the rule basically meant that employers would no longer need a religious excuse to deny contraceptive coverage to employees; simply citing a “moral” objection — however subjective or nebulous — gave companies the right to impose their will on female employees, Salon reported.

As soon as plans for Trump’s contraceptive guidance leaked earlier this summer, several states and advocacy groups signalled plans to challenge the rule in court if it went into effect, according to a Wall Street Journal report. It’s not surprising then, that on October 6, Massachusetts Attorney General Maura Healey filed suit in federal court to block the rule, or that California Attorney General Xavier Becerra filed a federal lawsuit the same day. Since then, the number of states fighting Trump’s birth control rule has snowballed: the attorneys general for Washington state and Pennsylvania have also filed suit in federal court, according to Salon. And a coalition of 18 attorneys general have promised to “take action” to protect the rights of women in their states:

The lawsuits make two major arguments against the administration’s contraceptive guidance, Salon reported. In an interview, Healy told the outlet that the lawsuits’ primary argument is that by singling out contraception, the rule targets women and violates female employees’ rights to equal protection. She explained that the rule violated workers’ first amendment rights by placing employers’ religious (or moral) rights over those of the employees, adding that the provision stands to impact millions of women.

President Trump and his administration are about holding women back, plain and simple. Under the guise of religious freedom, they are looking to take away basic, preventative health care services from 55 million women across this country.

The lawsuits also claim that the administration violated a decades-old set of protocols governing how federal agencies handle changes to administrative rules. Pennsylvania Attorney General Josh Shapiro told Salon that by pushing through the rule as-is, the administration might have broken a law that agencies have had to follow since 1946.

There are basically four steps you need to take to put a rule into effect. An agency is supposed to post notice, make an official proposal, allow public comment and then finalize the rule. In this case, the president just went to step four and ignored the first three steps.

The states won’t be alone in their fight against the administration, either. Several legal groups have already announced lawsuits in the wake of the birth control rollback, including the ACLU, ACLU, the National Women’s Law Center, the Center for Reproductive Rights, and Americans United for Separation of Church and State, Vice News reported recently.

And in another serious blow, on Thursday, 19 Senate Democrats unveiled legislation that would effectively reverse the Trump plan, according to a report by The Hill. According to that report, at least four democrat Members have already agreed to introduce similar legislation in the House.

So, once again, the states and Congress are proving the immense power that our nation’s system of checks and balances has in reining in presidential authority. The president may be able to make headlines by pushing through harmful policies on health care and immigration through executive order, but his decisions shouldn’t — and won’t — go unchallenged. Thankfully, there are counter-forces with the authority to push back when the rights of tens of millions of women are threatened. This, my friends, is what resistance looks like.