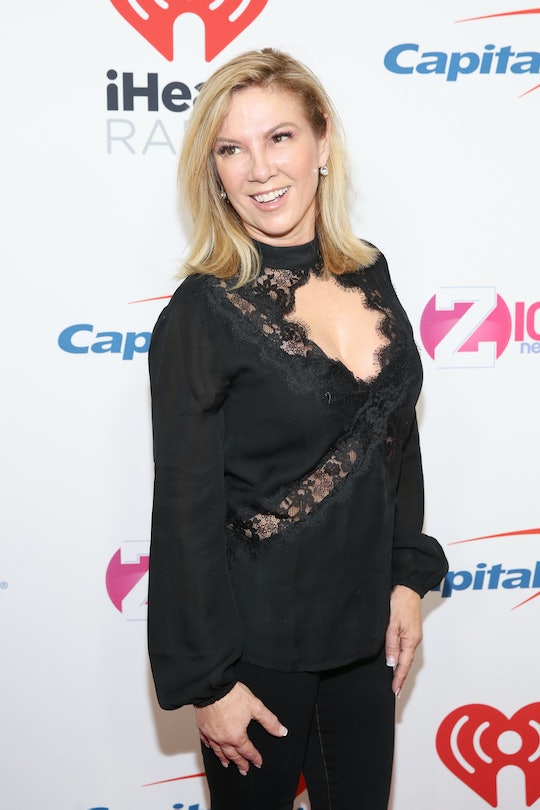 Ramona Is Doing Another Catwalk On 'RHONY,' 10 Years Later

Ramona Singer has generated countless gif-able moments in her 11-season tenure on The Real Housewives of New York City, but perhaps none are quite as good as her infamous Brooklyn Fashion Week runway walk. Tweets about Ramona's runway walk proliferate, despite the fact that it happened way back in Season 3. It's among the franchise's most memorable moments and fans won't hesitate to revisit the absurd scene whenever they need a pick-me-up.

For those of you who don't remember the origins of Ramona's terrifyingly fixed gaze, allow me to take you back to a simpler time. The year was 2009 and former Housewife Alex McCord got her to participate in a Loris Diran show at Brooklyn Fashion Week. Ramona was given a strapless, skin-tight, pinstriped outfit to model down the catwalk, which she cheerfully agreed to. Several actual former models were on the show during Season 3, including Kelly Killoren Bensimon, Sonja Morgan, and Luann de Lesseps, but somehow, Ramona snagged the big honor. She did get some tips and practice her walk, but no one could have predicted what actually happened when she reached the runway. In fact, it's pretty difficult to even describe, so taking in the gifs is honestly the best way to experience it.

For whatever reason, Ramona's perception of how to achieve the perfect smize was to bug her eyes out, unblinkingly, and keep them fixed all the way down and back up the catwalk. Her bizarre stare became so iconic that Andy Cohen had Ramona eyes sleeping masks made to give as Bravo Clubhouse prizes and party favors during tapings of Watch What Happens Live. Coupled with her gaze was an extremely strange walk, which consisted of jerking her hips and arms side-to-side in a fashion that was less "model stomp" and more "Beck Bennet's impression of a baby." Top it all off with a bouffant-accented side pony, a smoky eye to rival Sarah Sanders', and an outfit that has been described as "a Project Runway: Pre-K Edition reject," and you have one of RHONY's most unforgettable looks.

Perhaps former cast member Jill Zarin captured it best. "When Ramona walked out it looked like an alien invaded her body," she said in a confessional interview during Season 3. "She walked like a robot with her neck sticking out like a giraffe and her eyes bulging. I mean, it was hysterical."

Ramona got a chance to make up for her less-than-stellar first showing during the Apr. 3 episode of RHONY Season 11. Tinsley Mortimer hosted a dog charity fashion show and asked Ramona to walk the runway with her dog Coco. (Sonja also walked with her pup, and Dorinda Medley modeled with a dog who was up for adoption.)

"The first time I walked the runway, I was a deer in headlights," Ramona admitted in a confessional. "But today, I've got Coco with me, I'm confident, I feel good."

And the more relaxed atmosphere did appear to take some of the pressure off. Ramona's walk improved exponentially from her first attempt a decade ago, which fans will never forget. Mostly because they can't.