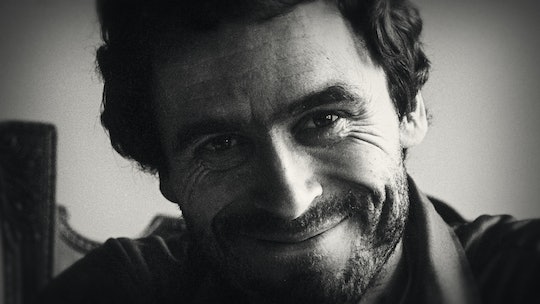 Twitter Can't Look Away From 'The Ted Bundy Tapes'

Netflix dropped Conversations with a Killer: The Ted Bundy Tapes on Jan. 24 and within a day, the four-part true crime docuseries had generated its own Twitter Moment. Twitter reactions to The Ted Bundy Tapes took over the timeline, from the serial killer-obsessed tuning in with fascination to people who simply found themselves intrigued by Netflix's warning to not watch the series alone.

Ted Bundy's 1970s crime spree was a truly terrifying one. He confessed to killing 30 people, although some estimates put his number of victims at closer to 100. A few women also survived his attacks and have spoken publicly about their experiences. One of them, Carol DaRonch, even participates in the documentary. Bundy, notorious for being handsome and charming, famously escaped prison twice before being put on death row. Eventually, he attempted to strike a deal in which he promised to disclose the details of his unidentified victims to give their families closure in exchange for postponing his execution date. The recordings he made from death row revealing these details came to be known as "The Ted Bundy Tapes" and, as the Netflix series trailer points out, this is the first time they're being publicly heard.

Among the themes explored by the show are how many people didn't believe Bundy's surviving victims, simply because he was a handsome, charming, intelligent, seemingly successful man. He "didn't fit the profile" of someone who would brutally rape and murder dozens of women and his victims faced much of the same gaslighting and public scrutiny women still face today. In eerie parallels with series like Surviving R. Kelly, The Ted Bundy Tapes shines a light on how many of his supporters showing up to court were women who didn't know him but were sort of fans. It's a premies that sadly still feels not only relevant but also universal.

Aside from this, the docuseries also unpacks every grisly detail that makes true crime shows about serial killers so hard to look away from. Bundy's crimes were brutal and shockingly easy for him to commit, given his affable nature and good looks. And this isn't director Joe Berlinger's only Ted Bundy project this year.

Berlinger also directed Extremely Wicked, Shockingly Evil and Vile, a scripted film about Ted Bundy starring Zac Efron as the serial killer himself. Efron, too, is generating a ton of buzz on Twitter for his uncanny resemblance to Bundy, which fans are starting to pick up on as they tune into the docuseries.

Extremely Wicked, Shockingly Evil and Vile is set to premiere at Sundance Film Festival just two days after The Ted Bundy Tapes drops on Netflix, and Metro US sat down with Berlinger to talk about the recent true crime renaissance. Said the director:

We can trace the explosion of this kind of content to Bundy himself. For me, Bundy is the big bang for the insatiable appetite that audiences have for this type of programming. His trial was the first nationally televised trial. It all happened at this intersection of new technology and people wanting to know more about, and try to understand, this mass murderer.

The Ted Bundy Tapes are now streaming on Netflix.