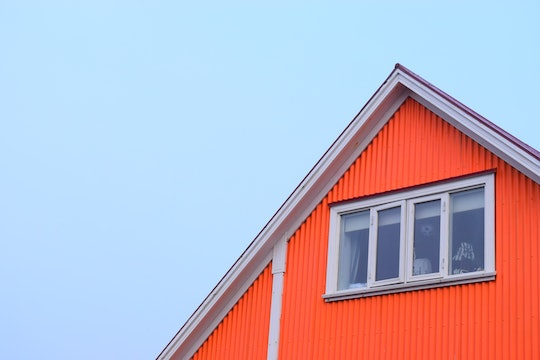 These US States Have The Most Home Births

Pregnant women consider home births for a number of reasons. Whether they prefer to be surrounded by their own creature comforts or just feel a bit more in control of the situation that way, home births can be a totally safe option, given the correct resources and provisions are made. But which U.S. states have the most home births? The trend might surprise you, as five of the top eight home birth states are clustered together in one region. Any guesses at to where these states are located?

Data from the Centers for Disease Control and Prevention (CDC) in 2012 showed that 1.36 percent of total births were home births in the United States. Different states (especially those with sky-high numbers) have continued to monitor these home birth stats on their own each year. According to the most recent numbers gathered in 2013, 2.12 percent of Utah mothers give birth at home. In 2012, the home birth rate in Oregon was 2.4 percent. Both of these areas have had lasting, high home birth rates for some time.

The most comprehensive spread of home birth rates dates back to the CDC's numbers from 2009. At this point, the U.S. home birth rate average was 0.72 percent. As you can see in the figure below, Washington, Oregon, Idaho, Montana, Utah, Wisconsin, Pennsylvania, and Vermont all hit the high-end of the home birth bracket, ranging from 1.50 to 2.59 percent. Montana had the highest home birth rates, with a record 2.6 percent.

So why are home birth rates increasing each year, and why might they increase even more in the wake of Republican health care reform? Well, for one, home births are a lot cheaper than hospital births on average. Studies have indicated that hospital deliveries can easily cost $3,000 to $5,550 more than a home birth might. So, if the proposed health care bill cuts Medicaid, which helps fund over half of baby deliveries, pregnant women will have to seek alternative solutions for their birthing needs.

But are home births safe? Doctors appear to still be split on the topic, and it's more or less a matter of opinion. If a family is fully prepared, home births can be a great option, given there are no risk factors in the pregnancy.

As health care options for pregnant women potentially dwindle, it's easy to see what families in the Pacific Northwest have already found to be true: When done right, home births are a welcomed alternative to high-cost births in hospitals.