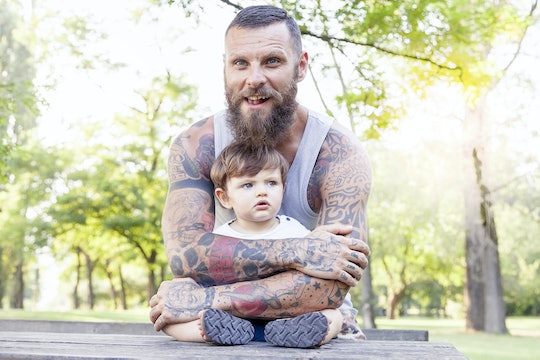 Thinking About Changing Your Baby’s Name? You Wouldn’t Be the First

Michelle Meyer’s son was just a few weeks old when she was struck with a surprising realization: The name she and her husband had chosen for him just felt wrong. They found themselves in the odd position of changing their baby's name, not long after having given it.

“My husband and I had been dating for years and years before we got married, and we always picked out the name Will for our future child. I had twin girls, and then six years later I was pregnant with a boy, [but] we didn’t even think about about the name Will. We chose the name Dylan just because we liked it,” Meyer said.

But she changed her mind when the baby was just ten weeks old. “I was looking at my son in his crib and I was like ‘he’s so not a Dylan,’” she said. “I don’t know why, I [just] didn’t feel like the name fit him very well.”

Her husband agreed – and when she suggested they legally change the baby’s name to William, he was immediately on board.

“Everyone thought I was nuts,” Meyer shared. “They couldn’t believe it. My brother was like ‘Nobody does this. You’re so weird. I’ve never heard of anyone doing this.’ My mom told all her friends and they were like ‘What? People don’t change names, you can’t do that.’”

But as it turns out, you can — and Meyer and her husband were among a group of parents who legally changed a child’s name after birth.

According to Meyer, the process of changing her son’s name in Illinois was quick and simple. “I thought it would be really hard to do, but it wasn’t,” she said. “The hardest part was I had to go to the Social Security office and stand in line for a really long time to change all that information [as well as his birth certificate]. Other than that, the paperwork was easy, there was [very little] cost involved. That was it…. It was so easy.”

'I was surprised by how difficult and expensive it was,' she said of changing her son’s name from Liev to Lev.

Unfortunately, it’s not always such a straightforward or streamlined process. Libby Copeland, a freelance journalist, decided to legally change her son’s name when he was just five weeks old. And while she managed to successfully make the change in the state of New York, it, by her own admission, “took a long time to complete," despite the fact that she was only adjusting a single letter in her baby’s name.

“It was a really Byzantine process. I was surprised by how difficult and expensive it was,” she said of changing her son’s name from Liev to Lev, a name she simply felt suited him more.

“We needed to basically appeal to a judge for permission, and part of that was proving that this wasn’t the case of a grown man running away from debt and trying to change his name because of that, or some kind of a custody struggle where a parent was trying to change a child’s name against the wishes of the other parent from whom they’re estranged,” Copeland explained. She also had to publish a notice of the change in her local newspaper.

Why did these two mothers have such different experiences? It had everything to do with the states in which they lived.

Nicholas Hite, a family law attorney who practices in Louisiana, explained that this process can vary widely from one state to another – Hite, who has handled many cases of this nature, told us parents don’t often have changes of heart like Meyer and Copeland did. Rather, legal name changes among children are typically due to adoption (the adoptive parents often want to give their babies new names). Hite also told us he works with LGBT youth, many of whom change their names early in life to reflect a transition.

As Hite mentioned, changing a baby’s name after it’s been legally solidified is uncommon, maybe even unheard of in many circles. Meyer said she’s never encountered another parent who made this choice; Copeland only met one other women who changed a child’s name.

But baby name regret? That’s a relatively common thing — and while you, like Meyer, may have never come across someone who changed his or her child’s name, you probably know a few people who have considered it.

Like Mitzi Bockmann, a life coach who still wishes she had changed her now 21-year-old son’s name.

“My husband had always wanted a boy named Max. I was literally walking out the door to give birth [to our son] and my mom said ‘Don’t name him Max.’ For whatever reason — you know, mom stuff — I couldn’t do it,” she said.

Bockmann named her son Jackson instead, but she’s always regretted the choice — she even suggested changing making a legal change, but her husband shot down this idea.

We sent out an email and we worded it cleverly and made it funny. People were like ‘Great. That sounds good to us.'

Because baby name regret is something of a taboo topic and the legal process is daunting and rarely discussed, there may be an element of social hardship to changing a baby’s name.

“I was super embarrassed and awkward about it,” Copeland admitted. “I was braced for people to be judgmental — of course they weren’t. They were super nice about it. We sent out an email and we worded it cleverly and made it funny. People were like ‘Great. That sounds good to us.'’’

“I had friends who came up to me and said ‘I wish I had changed my child’s name. I didn’t know you could do this,’” Meyer added. “[But] I still have pictures of [my son] on Facebook from those first ten weeks, and they still say ‘Dylan’ and I don’t want to go back in and change it ever. I just thought that was part of his identity for those first ten weeks.”

Ultimately, you have to make the right choice for your family — and choosing, keeping or changing your baby’s name is nobody’s choice except yours and your partner’s. And if you decide you made the wrong choice? Well, contrary to popular belief, a person’s name doesn’t have to be permanent.

“I would say if it’s early enough that it’s not terribly disruptive of your child knowing their name, the only thing you really have to lose is time… and money. So that might actually be a lot,” Copeland said. “But I’m awfully glad we did it.”

“You’re better off to spend more time really thinking and weighing all your options before you make a decision rather than trying to fix it after the fact,” Hite added. “Our names are usually the first thing a person learns about us. It’s something that should be taken very seriously — but it is also something that can be changed.”