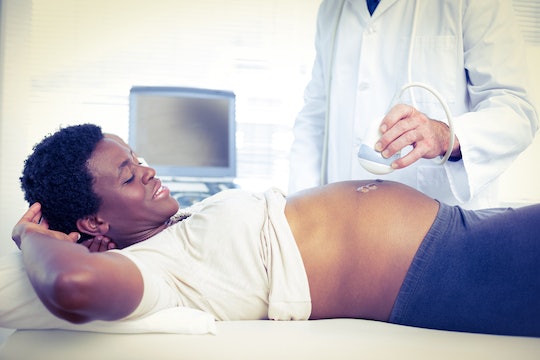 Study: Your Attitude During Pregnancy May Help Your Child Succeed In School

The human mind is one of the most complex and powerful tools, and researchers are only really beginning to understand a little about how our thinking impacts our success in life. In fact, a new study shows that the effects might start much earlier than you’d suspect. According to the new research, thinking positively during pregnancy may help your kids with some school subjects that are often areas of struggle, and set them up for future achievement.

Researchers used data from the "Children of the 90s" study, which was started in the Bristol area of the United Kingdom, in the early 1990s. In that study, pregnant women enrolled to have their pregnancy and the lives of their children studied over a period of years, according to the National Institutes of Health. One of the things examined by the study was the pregnant mother’s locus of control.

By pulling data on how the children born performed in math and science at 8 and 16 years old, researchers were able to correlate locus of control with performance, according to Science Daily.

Mothers who had an internal locus of control were more likely to have kids that excelled in math and science throughout school years, as the study found, and that’s important news. According to U.S. News & World Report, only 37 percent of U.S. high school students going to college were ready for math at the university-level. That finding was based off a report from the National Assessment of Educational Progress, which also showed that just 22 percent of high school seniors score proficient in science.

Professor Jean Golding OBE, founder of the Children of the 90s study, said in a press release about the latest study:

It is widely known that the locus of control of a child is strongly associated with their academic achievements but until now we didn’t know if mothers’ locus of control orientation during pregnancy had a role to play in early childhood.... If our findings, that mothers’ attitudes and behaviours can have an effect on their child’s academic abilities, can be replicated it would suggest that more efforts should be made to increase the opportunities for mothers to feel that their behaviours will have a positive outcome for themselves and their children.

Interestingly, the new results also showed that internal locus mothers were more likely to give their kids diets that assist with brain development, read to them, and take an interest in their studies. Golding added that the next step will be to expand the study internationally and see if what the researchers found is true across the globe.

If so, this could could be an important step in helping women to help their babies with success in important areas of study and life. Of course, pregnancy can be tough and exhausting, and it's not always easy to think positively. But perhaps with these interesting findings in the back of your mind, it may help turn those rough days around.