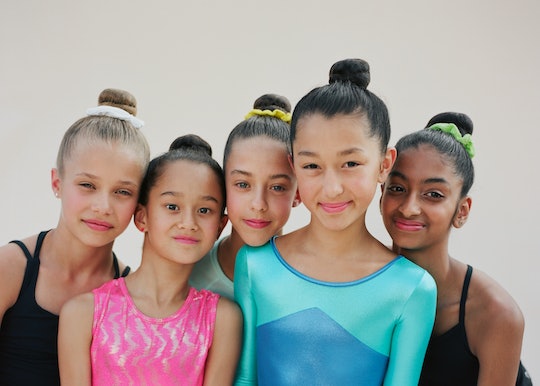 Getting your first period can be an experience. Even if you're expecting it, anticipating for weeks, months, or years that you'll get it, especially after many of your friends do, you can still get a little bit unnerved when that time finally comes. And figuring out tampons or menstrual cups can be intimidating, but you can't exactly live your most active life while wearing a pad. Enter the newly-developed THINX (BTWN), period underwear for tweens and teens (they're designed for those who get their period from ages 9 to 16) and are intended to allow young girls to maintain their active lifestyles while on their periods without having to worry about bulky pads getting in the way or needing to change a tampon or empty a menstrual cup.

The company already makes period underwear in a variety of styles and a few different materials for adults, but is expanding to a younger demographic who also want periods to be a little bit less of a pain. THINX (BTWN) is intended to make it easier to navigate your first periods. Because the underwear is highly-absorbent, neither young people getting their periods nor their parents, friends, or anyone else have to be concerned about leaks, which can be embarrassing and relatively likely when someone has gotten a first period and hasn't entirely figured things out yet.

"Anyone with a period can think back to their early years and probably recall at least one, if not multiple, cringe-worthy stories that involved getting their period," Siobhan Lonergan, chief brand officer at THINX, says. "Imagine if period underwear were available at that time and the embarrassment it would have saved.”

The new, younger line will be made primarily of organic cotton and, like a menstrual cup, is designed to be more environmentally-friendly than traditional pads and tampons, since each pair of underwear is reusable.

The line will launch with underwear in three different styles, a short style, bikini style, and brief, and will be available in three different colors, a red, blue, and polka dot pattern. Additionally, the brand developed animal mascots to go along with each style of underwear. The brand hopes that these mascots will allow young people the opportunity to understand what's going on in their bodies a bit better, making the whole experience a little less overwhelming.

THINX (BTWN) isn't entirely affordable for everyone, but you have to remember that, unfortunately, tampons and pads really aren't either. The underwear will retail for $23 per pair or three for $59. Unlike pads and tampons, however, the underwear is, of course, reusable, which not only helps to minimize waste, but also can make the cost a little less daunting.

In addition to the online store, where you can purchase the underwear, THINX (BTWN) will also include resources for parents, tweens, and teens trying to navigate this time in their lives that can cause some anxiety, particularly if you aren't sure what to expect. The main THINX website also includes resources for adults who have periods.

A first period can be a little bit scary and can affect your life in ways that aren't always exactly fun or non-disruptive. This new underwear line from feminine hygiene company THINX aims to change that. Getting your period likely won't ever be something that's super-fun (unless you're waiting to catch up to your friends), but the potential for leaks — and the associated embarrassment — might not be something that has to be part of the equation.