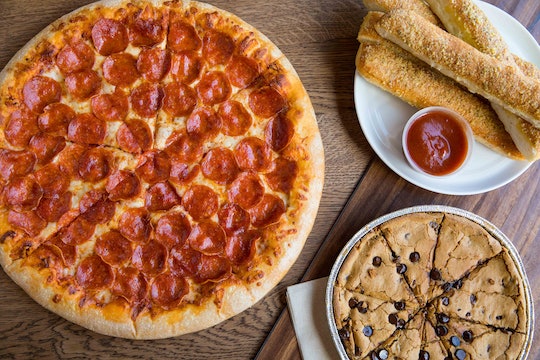 You've most likely had an experience where you really start to crave sweets after you've caught a whiff of them. That's because smell is a really powerful sense. There's nothing bad with having fatty food sometimes, but it can be hard to try to eat healthily and broaden your food choices when you're constantly bombarded by all these fatty or sugary food smells. However, a new study found a two-minute trick may stop your fatty food cravings. And the trick is actually something surprisingly simple.

There's a neat marketing trick known as ambient scenting, or scent marketing. You probably mostly notice it in fragrance marketing in department stores, for example. According to Ambius, scents that you like may be able to increase productivity and might even lower stress. They can also help you sell your product.

The brain is super complicated, but it can also sometimes be easy to trick. A study recently published in the Journal of Marketing Research looked into scent as an important element in service settings, particularly food-related ones. Researchers knew that the scent of fatty food can cause your craving to kick in. But, according to Science Daily, breathing it in more for than two minutes may actually make those cravings disappear.

For the study, researchers performed several tests using an "inconspicuous nebulizer," as detailed by Science Daily, that would give off the scent of both healthy and unhealthy foods. Researchers paired up cookies and strawberries and pizza and apples, as noted by CBS Philly.

The study found that people who smelled cookies for less than 30 seconds were more likely to want a cookie, as reported by CBS Philly. However, according to the outlet, when participants smelled cookies for longer than two minutes, they chose strawberries instead. The same was true when the scent of pizza and apples were tested.

Lead author Dipayan Biswas said, according to Science Daily, "Ambient scent can be a powerful tool to resist cravings for indulgent foods. In fact, subtle sensory stimuli like scents can be more effective in influencing children's and adults' food choices than restrictive policies."

Researchers conducted some tests in a school lunchroom, where they found the number of unhealthy items picked was 21.43 percent with a pizza smell, as reported by Science Alert. This means schools may have an alternative to explore outside of posters lecturing kids about food choices.

But, how does smelling unhealthy food for two minutes satisfy your craving? In the study's abstract, researchers noted that smelling food for longer periods "induces the pleasure in the reward circuitry," so you don't really want to eat it anymore.

In essence, if reward structures and areas representing craving in the brain can be satisfied with olfactory inputs instead of actual gustatory consumption of unhealthy foods, this can help with fighting food urges.

This research may also influence a lot of marketing in the future. Since scent marketing is already pretty common, a lot of businesses are looking for more information around how to make it more effective. So, in other words, don't be surprised if you're at the store and smell brief hints of something sweet.