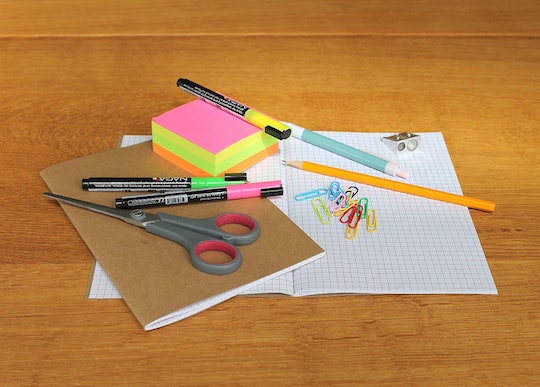 Maybe it's her mother, maybe it's Michelle Obama, but Zoe is a girl who is not to be trifled with. See, there's a boy in her school who has been pursuing her and giving her unwanted attention. But instead of just ignoring it or chalking it up to the old standard "boys being boys," Zoe decided to explain, in writing, why his behavior was making her uncomfortable and how he should act in the future. This fifth grader's awesome letter to her classmate is the perfect response to a pushy boy, and it's a great example of how kids should learn to set boundaries.

That was the moment Noah should have known he was on notice. This is some official documentation going on here.

Now the note has gone viral thanks to her teacher, who shared the note with her friend. It's just a handwritten list of rules Zoe expects Noah to follow, but women everywhere recognize how it feels to be on the receiving end of unwanted attention. It's enough to bring plenty of women back to that vulnerable, queasy feeling.

But Zoe decided to do something about it. Take a look:

What's amazing is how matter of fact the list is. Zoe truly took into account the specific behaviors that Noah was exhibiting and offered a remedy for each one. And should he choose not to respect her boundaries, she explained what the consequence might be. This girl is genius ,and everyone working to raise her right deserves a high five.

Her rules are as follows:

1. Do not touch my shoulder

3. Do not speak to me unless it's a greeting, which will be never

4. Stop playing with me on the bus

5. I have a short temper with people and you ruin my day because you play 2 much

If you break any of these rules I'm calling my dad, my mom's friend, my fake mom, and a janator I know!!!!!!

If you ruin my day I'm going to have to go to counseling!!!!

Now it's easy to get a kick out of how completely and thoroughly Zoe shuts Noah down. But it's also a little scary to think of a girl having to be so forceful about protecting herself and her space — especially at school. I hope her teacher, in addition to admiring Zoe's toughness, took some time to investigate the situation further to make sure everyone's OK.

According to StopBullying.gov, signs your child is being bullied at school include: injuries, destroyed property like books and clothes, nightmares or difficulty sleeping, social fears and anxieties, and self destructive behaviors, to name just a few.

Zoe was clearly capable of standing up for herself, but not every kid is able to call their friends on all of their "foolishness."