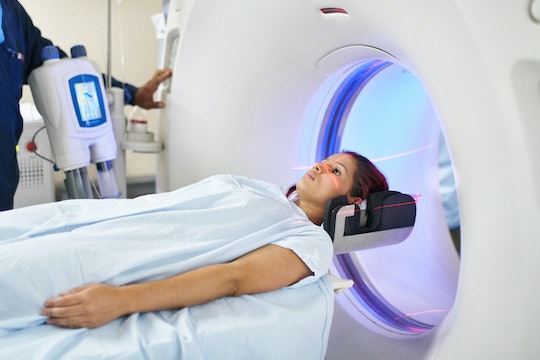 This week, former Beverly Hills 90210 and Riverdale actor Luke Perry passed away after suffering a "massive stroke" a week prior, his publicist shared with CNN. He was only 52-years-old. In the wake of his sudden death, an acronym is going viral to help people recognize the early signs of a stroke, and perhaps help save someone's life.

On Tuesday, Jenny Mollen shared a post originally uploaded by her father, Art Mollen, in which he recognized that there was a specific acronym going viral on social media to help people know what the first and most significant signs of an impending stroke are, but that it wasn't complete. Of course, early detection can potentially lead to life-saving medical treatment, but while strokes can technically affect anyone at any age, they're significantly less common among young people, which might account for some not actively looking for the warning signs, and writing it off too quickly.

"Luke Perry recently had a massive stroke and died," the post begins. "So I've seen multiple posts regarding an acronym for warning signs of a stroke called FAST, which stands for facial changes, arm movement, speech and time to act fast. I'm suggesting adding one more letter, and calling it FEAST." Mollen went onto explain that the additional "E" stands for "eyesight," as his son died of a stroke and his first symptom was loss of vision for 30 to 60 seconds several days before the incident.

After reading Jenny and Art's posts, Romper spoke with Dr. Fayad, a Fellow of the American Academy of Neurology, to confirm whether or not loss of eyesight was a recognized warning sign of a stroke — and it is. "Yes, loss of vision days, hours, or minutes before can happen, and can be a warning for stroke," Dr. Fayad explained to Romper via email. However, he added that it is "depending on the cause of the stroke."

As it stands, the acronym would then refer to the following, according to the National Stroke Association.

When one side of the face is hanging down lower than the other, or has become immobilized in some way, this can be a warning sign that a stroke is about to occur.

The addition of Mollen's commentary would include observing or noticing changes in one's eyesight. NovaVision.com reports that often, sight will shift just before a stroke, with either blurring, impaired vision, complete loss of vision, loss in one eye, or any other disturbances.

Another classic sign of a stroke is that one arm becomes impaired or weakened. This is signaling interrupted control between the brain and one side of the body, which is also characteristic of a stroke.

If someone's speech becomes delayed, impaired or slurred, it could be a sign of some kind of immobility or stress that could signal a stroke.

Lastly, and most importantly, the acronym ends with "time," because time is absolutely of the essence when someone is having a stroke. With immediate and sufficient medical intervention, it's possible in some cases to prevent death or at least reduce the damage done, in part by ensuring that the brain gets the oxygen that it needs as quickly as possible.

So, why isn't "eyesight" part of the F.A.S.T. acronym? According to Dr. Fayad, it's "so that anyone can do it and focuses on the most obvious and most common, recognizable symptoms." Though there have been attempts to create a more encompassing screening scale in the past, Dr. Fayad claims they "never took off because they become more complicated to remember."

It seems individuals on Mollen's post were grateful for the information, and in many ways confirmed that it was really important to have.

"Awesome! My dad lost vision in one eye for hours and found out he had a stroke days later! It’s no joke!" read one comment. "Just because I think the name is interesting (and impossible to spell), that temporary vision loss before stroke is called amaurosis fugax," said another. "My dad had a stroke when he was 30 (he's now 62) but this was the first symptom he experienced and the reason he went to the hospital. This is important!" said yet another.

Though it's undoubtedly unfortunate that anyone should lose their life to a stroke or any other medical condition, knowing the potential risk factors and early symptoms can help anyone possibly help or save someone else.