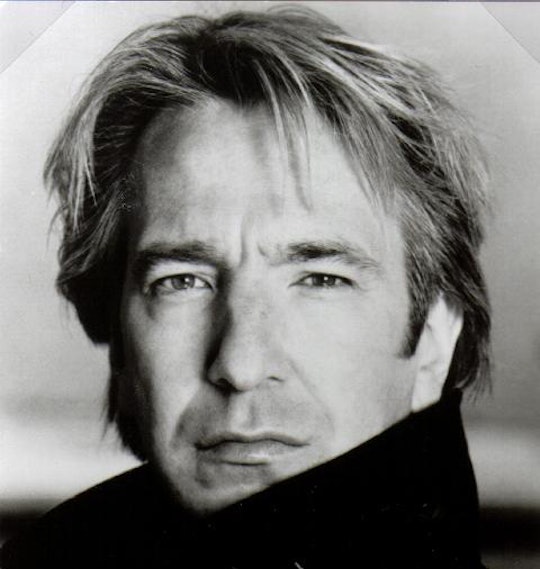 In the wake of Alan Rickman's death there has been an outpouring of love, loss, and tributes from friends, fans, and co-stars. He was perhaps best known for his portrayal of Snape in the eight Harry Potter films. Snape was a tortured character, cruel until finally redeemed, and a quote attributed to Rickman that references that redemption is now being shared widely in response to his death. But is Alan Rickman's famous Harry Potter quote real? Short answer: no.

The quote reads, “When I’m 80 years old and sitting in my rocking chair, I’ll be reading Harry Potter. And my family will say to me, ‘After all this time?’ And I will say, ‘Always.’”

A reporter for BuzzFeed reported that the quotation, which has been credited to Rickman for years, was actually written by a Harry Potter fan on Tumblr in 2010. Tech Insider also reported that the text of the quote was lifted from an entry for a Movie Web contest. Participants had to leave comments explaining why they deserved to win. A commenter named Tiffany wrote:

I've grown up reading 'Harry Potter.' Each and every character has taught me how to be a better person. Whenever I'm feeling upset, I always reread a 'Harry Potter' book and no matter how bad things get, I'll always have the 'Harry Potter' books to get completely absorbed in and just forget about all my worries.

Watching the last 'Harry Potter' movie at the midnight premiere, I starting breaking down in sobs at the Warner Brothers logo at the beginning. I couldn't help but thinking that this movie was basically the end of 'Harry Potter': From that day on, I wouldn't have anything to look forward to.

I know that's not true; I'll always have my worn-out books to reread over and over again. I'll always marathon the 'Harry Potter' movies every weekend. I'll still have fanfiction to read, 'A Very Potter Musical' and [the] sequel to watch, and Wrock to rock out to.

Because, as long as there's still one person that believes in the magic of Harry Potter, this legendary book series will never die. I plan on sharing this series with my children and grandchildren. When I'm 80 years old and sitting in my rocking chair, I'll be reading Harry Potter. And my family will say to me, 'After all this time?' And I will say, 'Always.'

The final piece of evidence is that a Rickman fan site (perhaps not the most reputable source) says the quote was never uttered by Rickman. The site wrote, "A fan said this about themselves and ever since Alan Rickman dedicated blogs reflagged that quote, people are now under the impression that Alan said this."

There is enough confusion about the source to suggest that Rickman, who supposedly never read the Harry Potter books, did not say this quote. But, memes are a powerful thing, and it does not look like this one is going away any time soon. In honor of his memory, though, it would be more fitting and more respectful to quote him accurately. Plus, there is not exactly a dearth of good Rickman quotes actually said by Alan Rickman. In fact, it's hard to choose.