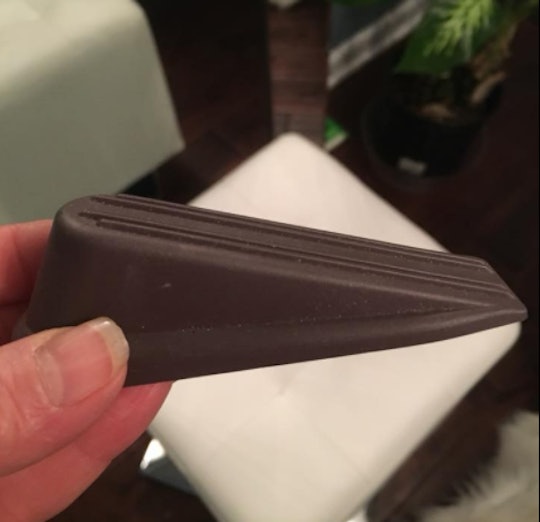 In the days since the tragic school shooting in Parkland, Florida, it seems like everyone has an opinion about how to move forward. There have been plenty of articles about gun violence and how to prevent it, from every angle, and from every corner of the political spectrum. But since so many mass shootings have happened in schools, it seems fair to me to try to center the voices of students, teachers, parents, and other caregivers of students who are often among the most affected by the violence. One viral Facebook post about keeping kids safe after Parkland from an aunt of two school-aged nieces is chilling, but important, and it serves as a tool for safety until lawmakers can step up and institute real change.

Katie Cornelis wrote the post on Facebook on Thursday, a day after the Parkland school shooting that took the lives of 17 people. Cornelis explained in the post that after the Sandy Hook shooting — where 26 people, including 20 first-graders, were killed — she gave her two nieces each a small door stop to keep in their backpacks, in the event of a shooting at their school. Cornelis explained her reasoning in the post, which included a photo of herself holding a door stop for reference.

Cornelis explained that she didn't want to scare her nieces, but that she gave them the door stops "out of love," and that they understood her actions. She went on to explain in the Facebook post that everyone should carry the small item, and wrote:

In light of the recent shooting, I wanted to share this with all parents...and ANYONE else for that matter...to get themselves one (I always carry mine in my purse). Sure it’s small, but it can be powerful in keeping you safe if you ever have to barricade yourself in a room. If a gunman shoots out the door lock it will still keep the door from opening and may just buy you some time.

The fact that Cornelis feels the need to carry a door stop around just in case she ever has to "barricade" herself while hiding from a gunman speaks to the current culture of gun violence in the United States. But unfortunately, if events like Parkland are anything to go by, her suggestion is timely and important for everyone, particularly parents, to take to heart.

And Cornelis clearly understands that it's unfortunate that she has to share the tip at all. She concluded the post:

I’m really sad posting this but a security expert shared this tip with me so I wanted to pass it on. I pray no one ever has to use it 😥

And speaking of passing it on, 1,376,218 people shared the post on Facebook as of Tuesday afternoon. Her idea has also been shared on other social media networks like Twitter, so who knows how many people will see it and take note of Cornelis' important but heartbreaking tip.

Though it's unfortunate that Cornelis' idea is so relevant, she's not wrong to be scared for herself or her nieces. The numbers vary depending on the source and criteria, but there have been at least eight school shootings in the United States in 2018, according to CNN, or as many as 17, according to Everytown for Gun Safety, an advocacy organization for gun safety.

Gathering specific facts and figures related to gun violence and gun violence death in the U.S. isn't easy, thanks to lobbying from the National Rifle Association that ended in the passage of the Dickey amendment in 1996. The amendment ensures that the Centers for Disease Control and Prevention cannot receive federal funding from the government for research related to guns or gun deaths, according to The Hill. On Thursday The Chicago Tribune wrote, "The National Rifle Association has opposed any measure to fund research or accounting of America's gun epidemic."

The truth is, violent incidents at school, and gun violence specifically, are an enormous issue in the U.S. A few years ago, the Academy for Critical Incident Analysis gathered data on school violence around the world, according to The Chicago Tribune, and found that half of the incidents recorded between 2000 and 2010 where someone was killed, or "a murder was attempted," took place in the U.S. In a majority of U.S. killings, the perpetrators used guns, Quartz reported.

As long as gun violence is prevalent in the U.S., with Congress taking minimal to no action to stop it, people will have to continue to come up with ways to protect themselves — even if those plans aren't 100-percent effective. Some people pointed out on Cornelius' post that her hack would only work for doors that require you to push them to open them; the door stop would not prevent someone from opening a door that you pull to open. Still, Cornelis' tip is just one example of how people affected by gun violence — or who fear that the kids in their lives will be affected by it — are trying to personally protect themselves and their loved ones, because right now it's the only option they have.