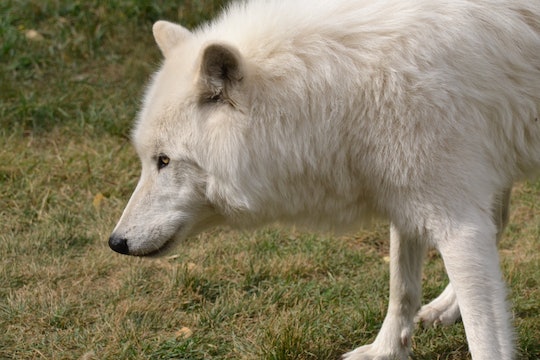 A Virginia community is still reeling from a fatal animal attack last week that resulted in a newborn's death, according to news reports. Officials said a wolf-dog hybrid belonging to a Lee County family mauled their 8-day-old infant, who later died from her injuries. Now, the baby's tragic death is serving as a reminder that parents should steer clear of "wolf-dogs."

The week-old newborn was lying in her bassinet when the 3-year-old wolf-dog attacked her on Wednesday, according to News Channel 11. The family heard the baby crying, and discovered blood in the bassinet where the wolf-dog hybrid attacked. Lee County Sheriff Gary Parsons told reporters that there were "very serious injuries to the upper body, and the head, the child had been seriously mauled by the animal," News Channel 11 reported.

The parents heard the baby crying and saw their pet standing over the bassinet when they went into her bedroom, according to WHEC. Her father brought the infant to the hospital before police responded to the call, which came in around 11:40 a.m. Eastern Time on Wednesday, according to WHEC. She was transferred twice to two other hospitals, and died from her injuries hours after the attack. The dog was euthanized on Thursday, WHEC reported.

The Lee County Sheriff's Department is working with local animal control and the Lee County Department of Social Services in an ongoing investigation into the attack, News Channel 11 reported. Officials said that once the investigation is concluded, they will present their findings to the commonwealth's attorneys.

Parsons said of the tragic incident, according to ABC 11,

I'm concerned about whether that child was protected - so the tough part of it for me is who is in the right and who's in the wrong. You hate to charge parents that are grieving over a child, but at the same time you have to consider the rights of the child.

Romper reached out to the Lee County Sheriff's Department, but did not hear back in time for publication.

Wolf-dogs are sometimes mistaken for being similar to Siberian huskies and other thick-coat dogs, but they are not an actual dog breed; instead, they are a cross between a wolf and a domesticated dog. As with any animal hybrid, if the wolf-dog has more wolf in the mix, then it will behave more like a wolf, which is not domesticated, according to The Spruce.

Wolf-dog hybrids are also considered exotic pets. As such, if you plan to own one, you may need certain permits and enclosure requirements depending on the local laws, according to The Spruce.

Whether or not wolf-dog hybrids should be kept at pets — or would be good pets in the first place — is subject to heated debate among families and animal experts, according to Wolf.org. Although people do keep wolf-dogs many experts would advise against owning a hybrid, as they come with a unique set of challenges that can be difficult for a family to handle. This is partly because dogs and wolves mature at different rates, making a hybrid's mental and physical development "unpredictable," according to Wolf.org.

As with any pet, there are certain challenges to behavior, training, and other issues associated with ownership. But the unpredictability of a wolf-dog hybrid should serve as caution for families considering owning one as a pet. If you are unsure you can handle the challenges, it's best to stay away.