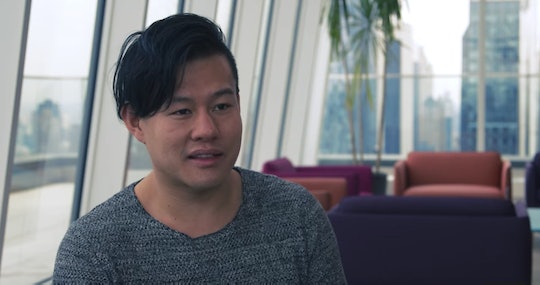 When An Autistic Child Cried During A Broadway Show, This Actor Came To His Defense

No parent likes to be the one with the screaming child in a public place. But aside from not having kids at all, or never leaving your house once you become a parent, there is little you can do to avoid it. I have been that parent many times, and it is not fun. The experience is made much worse when those around you are judgmental and borderline hostile about the situation. Such was the case at a production of The King and I, and this Broadway actor has a message for anyone bothered by a screaming child: get over it.

The incident occurred on September 23, 2015 during a production of The King and I, in which Kelvin Moon Loh was a member of the cast. In a viral Facebook post from the same day, Loh explained that during the play's famous "whipping scene" in the second act — which is known for its shocking violence — a young boy who Loh stated had autism began to cry loudly. As his mom attempted to escort him out of the theater, the boy cried louder and the other patrons around her began to "murmur in protest," according to Loh. It was not the boy's interruption that upset the actor, but rather the response of those around him.

Unlike the other members of the crowd, Loh could see the mother struggling to get her son out and comply with the wishes of those around her. She simply could not. As Loh pointed out in his post, it took a lot of courage for her to bring her child to the theater in the first place and she needed compassion at that moment, not judgment. He wrote:

For her to bring her child to the theater is brave. You don't know what her life is like. Perhaps, they have great days where he can sit still and not make much noise because this is a rare occurrence. Perhaps she chooses to no longer live in fear, and refuses to compromise the experience of her child. Maybe she scouted the aisle seat for a very popular show in case such an episode would occur. She paid the same price to see the show as you did for her family. Her plan, as was yours, was to have an enjoyable afternoon at the theater and slowly her worst fears came true.

Loh went on to point out that The King and I is a family friendly show, and as he wrote, "that means entire families — with disabilities or not." His post also sings the praises of inclusive theater productions that cater to audiences with autism and other disabilities. "Shows that have special performances for autistic audiences should be commended for their efforts to make theater inclusive for all audiences," he said. "I believe like Joseph Papp that theater is created for all people. I stand by that..."

Fortunately, there is a powerful movement seeking to make such performances more commonplace in the theater world. Shows coordinated by the Autism Theater Initiative (ATI) offer productions with reduced sounds, brighter lights, and an opportunity to learn about the show ahead of time, according to The Atlantic. The goal is to make the theater accessible to everyone, disabilities aside.

But even more than physical accommodations, a non-judgmental environment is crucial to allowing those with autism to enjoy a show. That environment is not so common in the theater world, though; often families of someone with autism are asked to leave the theater if their child has an outburst. Philip Dallmann, a coordinator with ATI, told The Atlantic that “Audience members just turn on this person with special needs, thinking their [own] experience is more important."

This was Loh's experience as well and he was outraged by it. He closed his post by responding to those who argue that the cost of their ticket entitles them to an experience free of interruption, saying, "And no, I don't care how much you spent on the tickets." His call for compassion is just one of many in the theater world, and I think we could all strive to be a bit more understanding. To support the ATI's goal of bringing theater to children with autism, visit the organization's website. And remember, be kind.