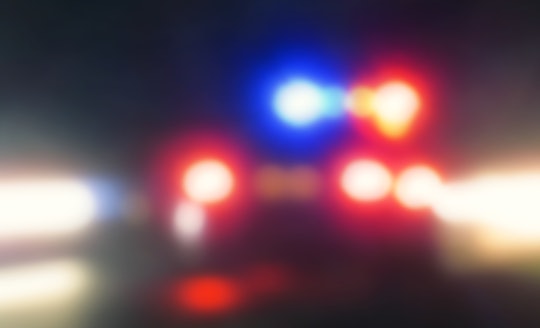 One would assume that being a police officer has its fair share of struggles and dangers. Taking to the streets to protect citizens and fight crime can't be easy — especially if you're pregnant. So, it might seem logical for a female officer to request less risky duties while she's expecting. But, sometimes, those requests aren't accommodated. Such is the case with one police officer who was allegedly put on maternity leave months before she gave birth.

The officer, Jennifer Panattoni, has reportedly worked for the Frankfort Police Department for 14 years, and was a senior patrol officer at the time of the incident. According to the Chicago Tribune, Panattoni's lawyers claim that the police department violated the Pregnancy Discrimination Act by refusing to accommodate her during her pregnancy, specifically when it came to a request for a change in duty along with equipment and uniform.

According to local news affiliate, ABC 7 Chicago, Panattoni requested a "non-patrol position," when she found out she was pregnant, but was allegedly denied. So, she reportedly stayed working, wearing equipment that was heavy and potentially dangerous.

"I was sitting in my squad car and I could feel my son kicking against my duty belt," she said, according to ABC 7 Chicago. "I sat there trying to decide what was more important, earning for my family or ... what's safe for me and what's safe for my baby."

And because Panattoni had to work in these alleged conditions, as the Chicago Tribune reported this week, she claimed in a recently filed lawsuit that she was forced "to go on leave months before her due date."

Panattoni was reportedly able to return to work 10 weeks after giving birth, according to the Chicago Tribune, but decided to still sue the department because she might want to have another baby in the future. "I want to be able to retire here," she told the news outlet. "I don't feel that I should have to quit my job in order to have a family."

The Frankfort Police Department told Romper in a statement that it is "strongly committed to a discrimination free workplace and to providing reasonable accommodations to employees who need them to perform their jobs." The statement continued:

While the Village does not comment on the substance and details of pending lawsuits and claims, what we can say is that the Village of Frankfort believes it has complied with state and federal law as well as the terms of the collective bargaining agreement. The EEOC previously dismissed Officer Panattoni's charge of discrimination and retaliation finding that it was unable to conclude that the information obtained during its investigation established violations of any employment statute. The Village intends to defend these allegations.

Panattoni's story — a woman who's faced with a decision between her career and being a mother — is not the first of its kind. Stephanie Hicks, for instance, a narcotics investigator for the Tuscaloosa, Alabama police department was reportedly "forced to choose between her job and breastfeeding her baby" and later resigned, according to the American Civil Liberties Union. As a result of the lawsuit, the courts reportedly sided with Hicks, the ACLU reported.

The City of Tuscaloosa released the following statement to Romper, regarding Hick's lawsuit:

The City of Tuscaloosa and the Tuscaloosa Police Department strive to provide a workplace that is accommodating for all individuals and free of discrimination and retaliation. Although we are respectful of the court’s ruling, we strongly disagree with the decision. Currently, the City is evaluating the next step that will be taken in this matter.

While Hicks and Panattoni's cases are unique in their circumstances, these cases highlight a much deeper problem that news mothers are faced with regularly — the issue of maternity leave and whether they'll be paid during that time.

"The Family and Medical Leave Act, currently the only federal leave protection available to American workers who have babies, does not require that an employer pay a new mother for a single day of leave; it merely protects her job for twelve weeks of unpaid leave, and then, only if she has worked at her company for at least a year," according to The New Republic.

For Panattoni, as she alleged in her lawsuit, being placed on leave meant she was left without pay. As ABC 7 Chicago reported, "When she provided a note from her physician at five months into her pregnancy recommending she be assigned to light duty or clerical work, she said she was immediately placed on leave without pay."

Unfortunately, that sentiment is one shared by many women across the country, and having to balance work and family life is, statistically, a female-centric problem. According to a study from the Pew Research Center, "40 percent of working moms said they always feel rushed" to return back to work compared to 25 percent of fathers.

Balancing work with being (and becoming) a mother has been a difficult hurdle for women. And Panattoni's lawsuit is another example of this dilemma and the repercussions that can follow.