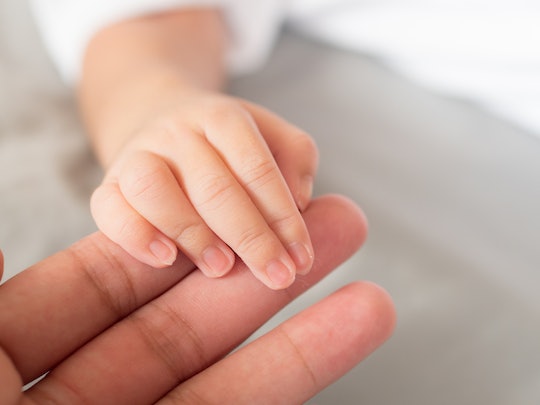 "Progressive" is a relative term, I suppose. A country known for its family-friendly values had a rude awakening recently, with news that a Danish politician was reportedly told her baby wasn't allowed in Parliamentary Chambers.

As the UK's The Guardian newspaper reported, the Scandinavian country is generally known as a frontrunner in gender equality and women's rights.

The alleged incident took place this week, when Mette Abildgaard, a Danish Parliament member in her 30s, found herself, as in the case of so many moms, in a childcare jam, with her Facebook page alluding "a situation [that was] in every way extraordinary."

Having to simultaneously appear on Parliament's floor while watching 5-month-old daughter Esther Marie, Abilgaard figured it would all work out fine since she'd "seen another colleague [with a child] in the chamber with no problems. I am not aware that there are written rules about it, and we usually make things work," as she detailed on Facebook.

Abildgaard, who represents the country's Conservative party, according to The Guardian, thought all would be well, especially since Esther Marie was "in a good mood and had a pacifier in her mouth."

Unfortunately, the situation caught the ire of politician Pia Kjaersgaard, the body's speaker, according to The Copenhagen Post.

"'You are unwanted in Parliament with your child!'," Kjaersgaard reportedly told Abildgaard, according to The Copenhagen Post.

Abildgaard had little choice at that point but to hand the tot to a staff member and return to the chamber to vote, the newspaper added.

Kjaersgaard's press spokeperson later told an outlet, "The speaker acted because she felt that Mette Abildgaard’s baby was disturbing the meeting," according to The Copenhagen Post. Kjaersgaard herself told reporters that guidelines would be issued to make it clear how MPs were allowed to handle a situation like this one, per The Guardian.

Meanwhile, on Facebook, hundreds of fans noticed Abilgaard's posting. The politician noted that, although she was given a full year’s maternity leave with pay, she had chosen to return to work.

"I did not wish to take advantage of that, I would like to go back and serve democracy," she posted. "But you may need a minimum of flexibility with a daughter of five months — I was not met by today."

And while it might be hard to swallow a senior female politician's old-school rules about the separation between parenting and politics, times are quickly changing.

In 2016, a member of Iceland's parliament, Unnur Bra Konradsdottir, made news for breastfeeding her infant while she had to give a speech at the podium, according to the Washington Post. "It’s like any job: You’ve got to do what you’ve got to do," the paper reported the politician as saying.

Meanwhile, New Zealand’s prime minister, Jacinda Ardern, insisted on bringing 3-month-old daughter Neve to the United Nations when called to speak there, according to CNN, with the baby's father holding her peacefully as mama worked her magic.

"I want to normalize it," Ardern told the news outlet. "If we want to make workplaces more open, we need to acknowledge logistical challenges... by being more open it might create a path for other women."

In the meantime, female politicians will do what women of all career stripes have always done: Juggle a lot. "Now awaits a long day with negotiations in the ministry of finance, maybe until midnight," Abildgaard concluded her Facebook post. "Another night I'm not there to cuddle Esther Marie. That's how I do my work."

Good for this mama! What, that's at least three countries down as far as talk regarding a mom's role in a seat of power? Only many more nations to go.