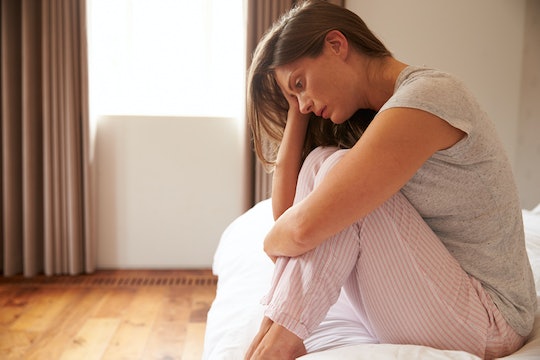 There are several factors that can contribute to preterm birth, which affects about one out of every 10 infants in the United States. Pregnancy-related complications, infections, and a weak cervix are just some of the causes doctors have identified. Now researchers may have discovered a new link: According to experts, women dealing with insomnia are twice as likely to give birth prematurely.

A new study published Wednesday in the journal Obstetrics and Gynecology found that sleep disorders have a significant impact on whether or not a person would deliver prematurely. Researchers from the University of California-San Francisco studied nearly 3 million pregnant Californians and discovered that insomnia increased preterm birth risk by 30 percent, while sleep apnea upped that risk by 40 percent, according to Nature.

They also found that sleep problems increased the likelihood of a very premature birth. More than 5 percent of women diagnosed with a sleep disorder gave birth before the 35-week mark, compared to only 2.9 percent of people without sleep issues.

Study author Laura Jellifee-Pawlowski, an epidemiologist at UCSF, said of the research,

It seems obvious, but strangely this study has not been done before. Seeing this relationship is important because we are just starved for interventions that can make a difference.

Although sleep apnea and insomnia were more common, narcolepsy, excessive sleepiness, and restless leg syndrome were also sleep disorders seen among the women studied, according to the research. The study's lead author, Jennifer N. Felder, a postdoctoral researcher in psychology at UCSF, told Nature that a lack of sleep is not likely to be a direct cause of premature birth, but rather lead to other issues, such as inflammation, that may trigger preterm delivery. Inflammation had been linked to premature birth in a 2010 Obstetrics and Gynecology study — a correlation UCSF researchers plan to dig deeper into in the near future, according to Nature.

On the surface, the simplest solution would seem more sleep. But that's not easy for every pregnant person. Although these sleep disorders could be managed in some ways, such as developing a wind-down routine or changing your sleep position, insomnia and sleep apnea are chronic conditions that may require medical interventions, according to What To Expect. That could include prescription sleep medications that are safe during pregnancy or doctor-approved relaxation techniques.

But before you try to solve the problem on your own, you should reach out to your doctor. Sleep issues are common during pregnancy, but there may be a deeper issue that would need to be diagnosed in order to get the proper treatment, and cut down your risk of preterm birth.

More Like This
Banana Boat Sunscreen Has Recalled Products That Were Found To Contain Benzene
New York Can End Religious Exemptions to Vaccine Mandates, Says A Federal Appeals Court
UK Hospitals Are "Having To Ration" Epidural Kits Due To Shortage
Can You Have Sex With Placenta Previa? Experts Explain