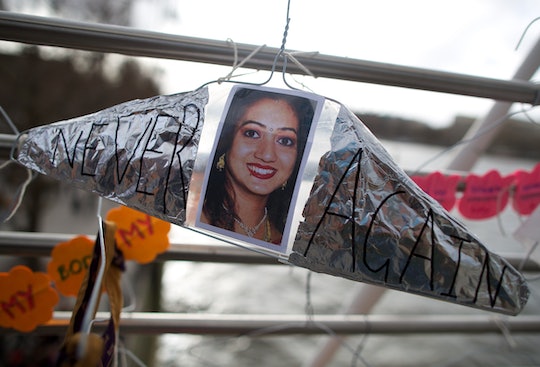 Across the country, conservative state lawmakers continue to threaten the right to abortion. Earlier this month, Texas Gov. Greg Abbott, a Republican, signed legislation that prohibited insurance carriers from covering abortion unless the person's life is in danger. And just this week, South Carolina Gov. Henry McMaster signed an executive order that strips state funding from doctors or groups who help provide abortions (despite the fact that law prevents federal funds from being used for abortions). Now Congress will consider a little-known federal anti-abortion measure that would allow more employers to refuse abortion care.

The Conscience Protection Act of 2017 is an alarming piece of legislation that would severely restrict access to abortion at the federal level under the guise of safeguarding a company's moral or religious beliefs. In particular, as noted by the American Civil Liberties Union, the bill would further broaden the right to refuse to provide, pay for, cover, or refer for abortion services for employers, insurance companies, and other health care entities, even if a person's health is threatened.

According to Rewire, the House passed a version of the CPA last July, but the act was not taken up by the Senate. But anti-abortion lawmakers have decided to include the measure as a rider to the House's Labor, Health and Human Services, and Education spending bill. According to the Hill, Congress will begin its appropriations process next week.

The Conscience Protection Act is far more dangerous than broadening the right to refuse abortion care. It would also give more power to corporations over reproductive rights. The CPA seeks to expand and make permanent the Weldon Amendment, an obscure rider to the Labor-HHS appropriations bill that prohibits entities, including state governments, that receive federal aid from discriminating against providers who refuse to participate in abortion care because of religious or moral objections. In recent years, anti-abortion activists have urged fellow anti-choicer HHS Secretary Tom Price to enforce the Weldon Amendment as blue states like California and Oregon pass measures protecting abortion rights.

The CPA would keep the core of the Weldon Amendment, while going a few steps further. In addition to expanding the definition of "health care entities," it would also create a right to action for any party that opposes pro-choice policies, according to the ACLU. Under the Conscience Protection Act, entities that feel threatened or a "perceived threat" by measures protecting abortion rights would be able to sue states in federal court to block that legislation. Also, the CPA would give the right to deny abortion services or provide information on treatment options even in an emergency situation.

Anti-choice lawmakers will find anyway they can to restrict a person's right to abortion and reproductive care. And sneaking the CPA — a piece of legislation that has failed before — into an appropriations bill is a sneaky way to achieve that goal.