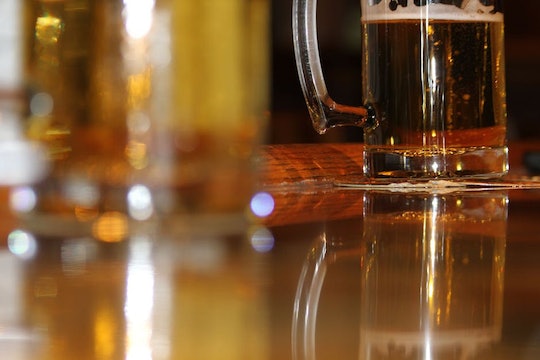 When a woman drinks excessive amounts of alcohol during pregnancy, her baby could suffer from vision, hearing, memory, and learning problems later in life — also known as symptoms of fetal alcohol syndrome. It’s a devastating condition and although these defects are often permanent, scientists have long been trying to find ways to reverse the damage caused by fetal alcohol syndrome. And, according to a new study, there may be a way to do it and hopefully improve children’s lives.

According to research published in Molecular Psychiatry on Tuesday, scientists from Northwestern Medicine have identified two commonly used drugs — thyroxine and metformin — that could potentially erase the learning and memory deficits caused by fetal alcohol exposure when given to the child after they are born, as reported by Medical Xpress.

According to WTTW Chicago Public Media, thyroxine is a natural thyroid hormone that is decreased in pregnant women who consume alcohol and infants with fetal alcohol syndrome, while metformin is an insulin-sensitizing drug that lowers blood sugar levels (which is higher in alcoholics).

"We've shown you can interfere after the damage from alcohol is done. That's huge," Eva Redei, lead researcher and senior author of the study, told Medical Xpress. "We have identified a potential treatment for alcohol spectrum disorder. Currently, there is none."

The study has already been conducted in rat pups — with promising results — and the research team is reportedly trying to raise funds for a clinical trial to see if it’s as effective in humans.

"Many times women drink during their first and sometimes second trimester, and then they realize they shouldn’t be doing this and they stop," Redei told WTTW. "So we thought maybe we could come up with a treatment that could be used [then]."

According to the Centers for Disease Control and Prevention, one in 10 women in the United States reported drinking while pregnant and as many as 2 to 5 percent of American children could suffer from fetal alcohol spectrum disorders.

The CDC also noted that a developing baby can be exposed to alcohol before a woman knows she is pregnant and approximately half of all pregnancies in the United States are unplanned. So — if this study is as successful in humans — these treatments could possibly change countless children's lives.

"There are women who drink before they are aware that they are pregnant and women who do not stop drinking during their pregnancy," Redei said. "These women still can help their children's future, if the current findings work in humans as well."

While fetal alcohol syndrome has long been considered an incurable condition, this study could be a breakthrough. But until a clinical trial is underway and there is concrete success in humans as well, pregnant women should avoid drinking alcohol, or discuss their alcohol consumption with their doctor.