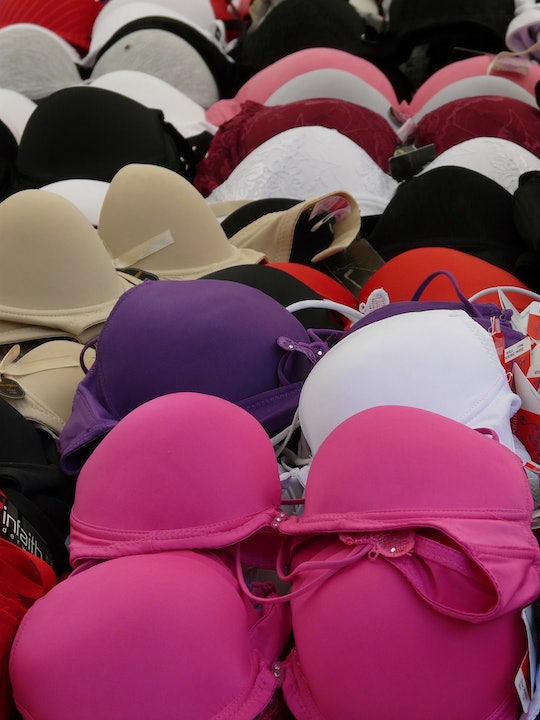 This Girl Got In Trouble For Going To School Braless, & Her Classmates Responded Perfectly

Maybe it is because I am small or because I am flat-chested, but I find bras nothing more than a nuisance. They are a restrictive and uncomfortable nuisance to me. In fact, over the course of the last three years, I can count the number of times I’ve worn a bra on a single hand. Because being braless isn’t a big deal. (For me.) My non-existent girls don’t need support. However, for some it is a big deal, and sometimes the bra wearer isn’t the only one concerned. In fact, when a girl went to school braless just last week, she wasn't uncomfortable, one of her peers was — and that's when the trouble began.

When Kaitlyn Juvik, a senior at Helena High School, went to school without a bra, she was told by school administrators that she needed to put one on. Why? Well, Juvik wasn’t asked to wear a bra because her nipples were showing or because her shirt was revealing. (In fact, according to Facebook, Juvik was wearing a loose-fitting black blouse that fell off one shoulder and you "definitely" couldn't tell she wasn't "wearing a bra unless you’re [were] looking VERY hard.”) According to school principal Steve Thennis, the reason Juvik was asked to put on a bra or “cover up” was because someone at the school complained Juvik’s outfit was making them uncomfortable. And while there is so much wrong with this, in and of itself, wait, because there’s more.

The controversy didn’t end there.

Many of Juvik’s peers agreed that the school’s “request” was ludicrous; so on Friday, they protested. The students also started a Facebook page called “No Bra, No Problem,” which, according to the description, is a page “against discrimination in schools” and one that fights for “women’s rights” — including the “right for girls to go braless.”

The protests resumed on Tuesday. However, when several male students were seen wearing bras over their shirts, a parent called the police because they were causing a “disruption” and making “inappropriate gestures,” according to KTVH News. Despite the call, the police did not respond and a school resource officer spoke with the parents instead, as the incident was not a police matter.

In an interview with MTN News, Juvik explained that what she “was confronted about [being braless] was wrong":

As long as nothing is showing and you are covered up, girls should not have to wear a bra.

The fact that I was told it makes people uncomfortable offended me because it’s my body...it is my natural body and I’m not sure why that is uncomfortable to somebody.

And Juvik is on point. Whether she chooses to wear a bra doesn't matter because it is her body. One more time for the people in the back: it is her body, and they are her breasts. She was not violating the school dress code, nor was she infringing on the rights of anyone else.

Additionally breasts (especially when they are covered by a shirt, for God's sake) are not inherently sexual or offensive.

What's more, shaming girls like this and asking them to "cover up" is particularly problematic because it can make young woman feel guilty about themselves. It can make young women feel as though what they wear and the way it makes people feel or act is their fault, which leads to victim-blaming in cases of harassment and sexual assault. Additionally, this mentality — that the natural way bodies are is inappropriate — can and does cause body image issues.

Our teachers and schools should be bolstering the confidence of their students — not shaming them. Adults should educate their students about the human body, the female form, and the role breasts really play in reproduction. And all adults should work to send out positive body messages, like the idea that no body needs to be strapped in or tucked away to be more palatable to others.