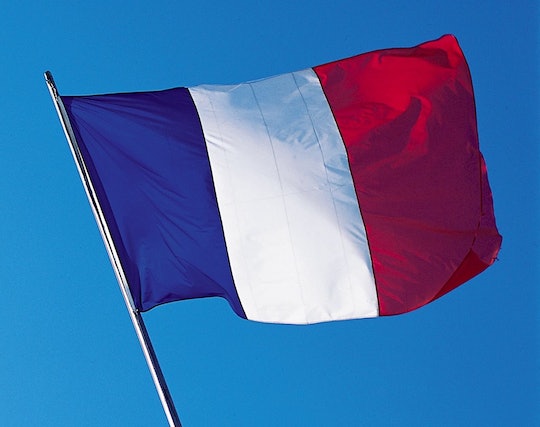 Just hours ago, terror took hold in Paris, France. Several explosions and shootings took place outside the Stade De France and in several locations all over the City of Lights, a hostage situation took place in the Bataclan Concert Hall, and over 120 people were killed while hundreds more were left wounded. While so much is still unknown (though ISIS did claim responsibility for the attacks), Parisians instantaneously banded together in a heart-stopping, beautiful sign of solidarity. In a video posted to Facebook by Karl Olive, while thousands of football fans waited in the tunnels to make their way out of Stade De France following the initial explosions, soccer fans sang the French national anthem.

They say for themselves. They sang for each other. They say for hope. Others waved their country's flag high while even more cast smiles in the direction of individuals they now shared unspeakable horrors with.

There is still so much we do not know — so many answers that will roll out in the coming days and in the coming months, but tonight, Paris answered back. And it was loud, and powerful, and maybe totally off-key, but it was beautiful.

Watch the city sing together: