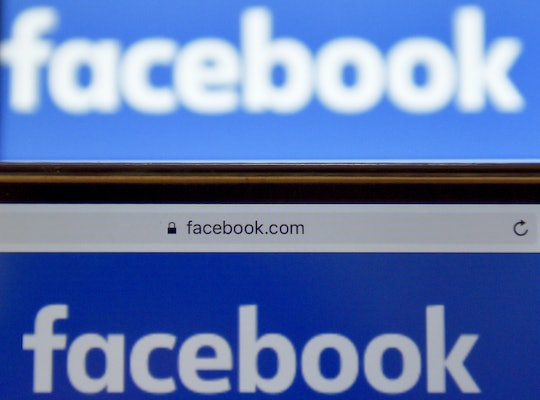 This Is How Facebook Plans To Stop Future Election Hackings

As fantastic as the development of technology and social media has been over the last decade, it's also brought about some serious issues. Privacy, cyber-bullying, and hacking have all become urgent matters both in the personal realm, as well as even in government matters. And so, after it was discovered that Facebook might have played some role in Russian interference in the 2016 presidential election, this is how Facebook plans to stop future election hackings because, as this past election cycle has proven, it's a real threat.

In case you're a bit confused about what exactly has been going on with Facebook and Congress, allow me to catch you up. As The Hill reported, "a Russian group tied to the Kremlin bought political ads on its platform during the 2016 elections." Unfortunately, the allegations that Russia interfered in the presidential election aren't anything new, although Facebook's involvement certainly is. Former FBI Director, James Comey, who was fired by President Donald Trump earlier this year, testified that he was completely certain Russia interfered, according to Politico.

And now, it seems that some of those technical efforts are coming to light, via Facebook. So, what does the social media platform plan to do about it, exactly? Basically, the company plans to up its review process for political ads and work directly with Congress to provide as much information as they can.

"It is a new challenge for internet communities to have to deal with nation states attempting to subvert elections," Facebook CEO Mark Zuckerberg said, according to Politico. "But if that's what we must do, we are committed to rising to the occasion."

Zuckerberg has announced a list of tactics Facebook plans to implement as soon as possible in order to prevent future interference and the possibility of hackings. Perhaps one of the most prominent and immediate strategies is to work "with the US government on its ongoing investigations into Russian interference," as Zuckerberg explained, according to TechCrunch.

Additionally, Zuckerberg announced eight other measures the company plans to begin introducing in order to reduce any further hacking risks. Moving forward, Facebook will reportedly continue its own investigation into what went on before and during the election, hopefully working to eradicate any future issues with security and hacking.

But to Zuckerberg, the most important step Facebook will be taking moving forward has to do with their political advertisement space, ideally making them more "transparent." According to ABC News, he explained:

When someone buys political ads on TV or other media, they’re required by law to disclose who paid for them. But you still don’t know if you’re seeing the same messages as everyone else. So we’re going to bring Facebook to an even higher standard of transparency.

To accomplish this, Zuckerberg said Facebook will "also make it so you can visit an advertiser’s page and see the ads they’re currently running to any audience on Facebook," according to his announcement. This, Zuckerberg reportedly hopes to release in the "coming months," although it's uncertain whether or not most Facebook users would actually take advantage of the new feature.

On top of these precautions, Zuckerberg announced the following measures, as reported by TechCrunch:

All of these steps are crucial, according to Zuckerberg, and they will work to "strengthen the democratic process," according to Politico.

As more and more evidence points to Russian interference in the 2016 presidential election, it really is imperative that social media companies and websites work to ensure a safe, secure space for citizens.