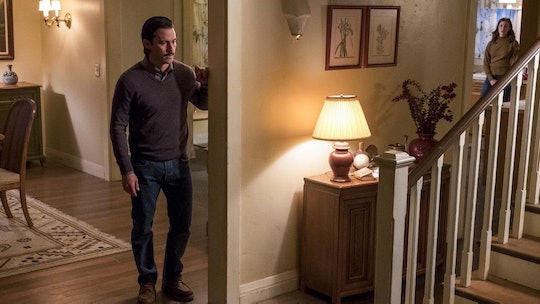 Jan. 15 marked the day the angels sang as This Is Us returned to NBC after the fall finale's hiatus. But after part one of the two crucial episodes where The Big Three come face-to-face with their (alive) Uncle Nicky, there's going to be another pause in regular programming. Ugh — I know, and I'm sorry, but don't blame the messenger. The government shutdown affected a lot of people, including those working on your favorite TV shows. To recap,This Is Us was delayed again and fans are not happy to say the least. I can attest because I am one of them and I am not happy.

More Like This
40 Of The Best Kids' Shows On Netflix
Everything There Is To Know About The Friends Reunion
The Great-Granddaughter Of Alice In Wonderland Is Getting Her Own Show
Peppa Pig Is Going Camping In A New Live Show & You’re Invited!

There's honestly nothing like This Is Us fans and it's never clearer than when a beloved character dies (I miss you, Jack), or the show goes off air for any reason. Major networks like NBC planned to show the State of the Union this past Tuesday, but even though it didn't actually happen, said networks already pre-scheduled not to air. It's basically a big ol' mess that extends far beyond missed paychecks — especially since fans have only just met adult Nicky Pearson and demand more answers. Like, now, please.

Washington Post reported earlier that House Speaker Nancy Pelosi canceled the State of the Union because of the history-making government shutdown over the proposed border wall. Airing The State of The Union would've meant those involved would have been inadequately protected due to the lack of security measures. Because, you know, all that costs money and government employees have gone without pay all this time. And though the shutdown ended temporarily, this kind of thing could happen again in three weeks if deals aren't struck. All of this is to say, if you're eagerly awaiting "Songbird Road: Part Two" to wrap up the complexity of Jack and Nicky's relationship, you'll have to hold on through Feb. 12 to make room for the rescheduled speech. Again, ugh.

With so many days of waiting before you'll see more of Rebecca processing Jack's lie about Nicky all those years, or Kevin and Zoe doing adorable things, or Randall obsessing over absolutely any and everything now that he's won the election, more waiting is unacceptable. Here's what unhappy fans have had to say about it. First up, Dan-the-Man Fogelman (aka the mastermind behind TIU) offers a brief explanation to prep those will literally revolve their lives around Tuesday night viewing (me) with a heartwarming picture to soften the blow.

If you're nodding your head, the below will make you want to stand up and say "Hallelujah."

But Roger should run for President. Because #priorites.

And, honestly, in the words of the creator himself — even though this was Tweeted before news of the two-week delay — this will be the most evergreen Tweet ever Tweeted as SOTU airs in lieu of my beloved TIU. I seriously love anyone who trolls themself.

If you need a refresher on the upcoming episode, check out the promo below and try not to cry over how long you have to wait to actually see it.

Regardless of who you're mad at about the two-week delay, pushing one episode also means pushing the season finale from March 26 to April 2. I wish I had better news, my friends. Look on the bright side: usually when TIU breaks for any length of time, they come back stronger than before. So prep those tear ducts now because Feb. 12 is dedicated to all the tears you missed out on while patiently waiting for this break to end.