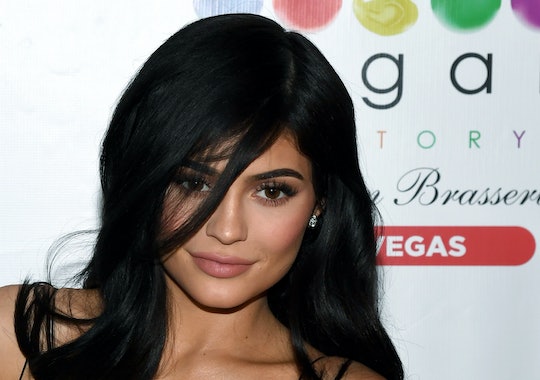 Kylie Jenner’s Second Pregnancy Might Happen Sooner Than You Think

In Travis Scott's birthday message on Thursday, April 30, Kylie Jenner joked about having another baby with the rapper and father of her child, 1-year-old Stormi. It's an exciting development, to say the least, so it's understandable some fans are curious about when Kylie Jenner wants to be pregnant by. Per a new report from E! News, the makeup mogul has her sights set on 2020.

It's no secret Jenner adores being a mom. Ever since the reality star welcomed Stormi into the world back in February 2018, she has talked non-stop about the joys of parenting. "Everyone says you change completely when you become a mom, but I really feel the same, just better," she said, according to People. Aww.

Although Jenner had expressed a desire to take some time to herself before giving Stormi a sibling, it sounds like baby fever has hit her hard. "Let’s f**k around and have another baby," she penned to Scott for his birthday.

As for when this could happen? Jenner has big plans for the upcoming new year.

Yep, it sounds like Jenner will have another bun in the oven sooner than later.

There are seven months from now until the new year (where has the time gone?!), so Jenner has plenty of time to focus on herself and projects before turning the attention to baby number two.

"I have so many amazing projects coming out this year. One, in particular, I’m very excited about," she told Interview magazine in March. "I can’t share too much now but you guys are just going to have to wait and see! As for Kylie Cosmetics though, I just want to keep expanding and touch other parts of the world."

It's also possible a wedding between Jenner and Scott is in the works. The rapper touched on this possibility in December 2018, telling Rolling Stone: “We’ll get married soon. I just gotta sturdy up — I gotta propose in a fire way.”

Who knows, maybe the two will tie the knot around Jenner's birthday in August. Anything is possible.

Swinging back to baby number two, Jenner is hoping for another little girl.

“They’ve spoken about having another baby,” an source told Heat magazine, according to MSN. “Kylie would love to give Stormi a sibling and wants another girl. Travis wasn’t into it at first, but he’s happy to go along with it if it makes Kylie happy.”

Jenner confirmed this sentiment in a conversation with her one of her pals, stating on Instagram that she wants Stormi to have a sister.

The new year isn't too far away, so it's possible fans could see a pregnancy announcement from Jenner sooner than later. But for now, supporters can bask in Stormi's cuteness.