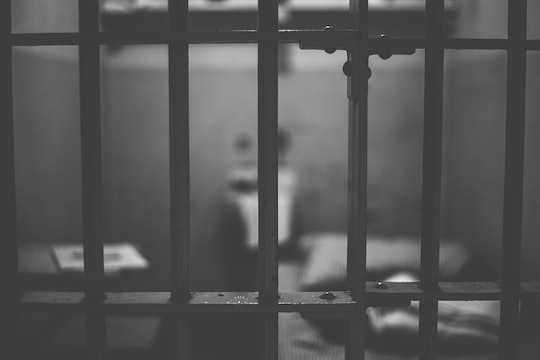 This Jail Is Offering Inmates Early Freedom For A High Price

Research has shown that re-entry programs, job placement, and education are highly effective in reducing recidivism rates among formerly incarcerated people. But instead of investing in these rehabilitation initiatives, this county is trying to sterilize inmates in exchange for reduced time.

According to CNN, a judge in White County, Tennessee signed a standing order enforcing a program that would shave 30 days off of a person's jail sentence if they take part in a free, elective birth control procedure. The Tennessee Department of Health would provide women who volunteer with Nexplanon, a birth control implant that lasts up to three years, while men would undergo a vasectomy, CNN reported Thursday. Officials say about 32 women and 38 men have participated in the program since it launched, according to the Root.

General Sessions Judge Sam Benningfield, who signed the order in May, told CNN affiliate WTVF that he hopes the initiative would encourage inmates to "take personal responsibility and give them a chance, when they do get out, not to be burdened with children." He added,

I understand it won’t be entirely successful, but if you reach two or three people, maybe that’s two or three kids not being born under the influence of drugs. I see it as a win-win.

Romper reached out to Benningfield's office for comment, but has not heard back.

Critics have likened White County's program to modern-day eugenics, a now-discredited movement that has a long, racist history. And it's not hard to make the connection: Officials, after all, are trying to control the county's population by targeting the most vulnerable among them, under the guise of rehabilitation. Additionally, programs like this make a statement about who should be reproducing or who can handle the "burden" of children. And, as mass incarceration rates show, those people being targeted are more likely to be black or brown.

While the program is seemingly unethical, it may also be illegal. The American Civil Liberties Union of Tennessee published a statement on Wednesday denouncing the initiative as "coercion" and "unconstitutional." Hedy Weinberg, ACLU-TN's executive director, said in the release,

Such a choice violates the fundamental constitutional right to reproductive autonomy and bodily integrity by interfering with the intimate decision of whether and when to have a child, imposing an intrusive medical procedure on individuals who are not in a position to reject it. Judges play an important role in our community – overseeing individuals’ childbearing capacity should not be part of that role.

The 14th Amendment protects a person's right to bodily integrity, which White County is using a bargaining chip. Officials are taking advantage of an incarcerated person's position in order to enforce their will on the inmates population. The program may be billed as "voluntary," but in the end, it's anything but.

More Like This
Aries, Everything Is Going To Feel A Little Extra In 2023
Here Are Parents' Top Trending Searches In 2022, Because Google Really Is Our BFF
Lizzo's Mom Gushes About Her Daughter As A “Champion Of Others” Who “Builds You Up”
21 Christmas Movies To Watch On Netflix This Holiday Season