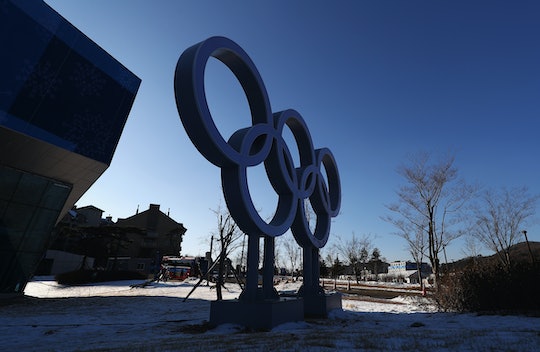 In Pyeongchang, South Korea, the best athletes in the world are preparing to crush it for two solid weeks at the 2018 winter Olympics, which begin on Friday, Feb. 9. But are you ready? Do you know the difference between luge and bobsleighing? Snowboarding and freestyle skiing? Ski jumping and Nordic combined? For those of us who don't happen to live in Alps, the sports of ice and snow can be difficult to keep straight. Because the Olympics are always more fun with a little knowledge under your belt, here's the complete list of 2018 sports at the winter Olympics.

This year, I'll be rooting especially hard for the U.S. Men's Figure Skating team, which features the first openly-gay figure skater in team history, according to Elite Daily. But I won't limit myself to just the events that glitter — not this time.

Next week, I'll broaden my horizons with women's ski jumping, an Olympic sport in which women have only been allowed to participate since 2014, and skeleton, in which athletes launch themselves onto tiny sleds at mind-blowing speeds. I'm more than pumped for snowboarding, which combines the thrills of elite athleticism with the white knuckles of an Alfred Hitchcock thriller. I mean, are they invincible? Probably. So let the games begin.