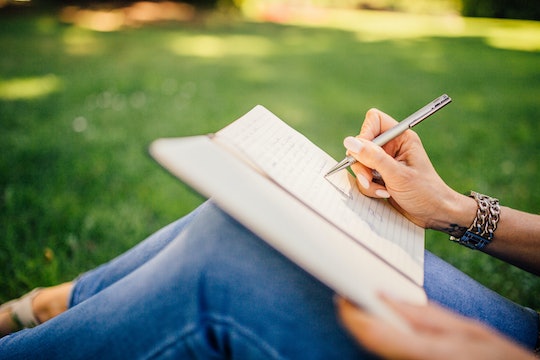 Used bookstores can be a trove of interesting finds, but for Gordon Draper, who owns a used book shop in England, he found something truly extraordinary. The bookseller was going through some used books when an envelope fell out of one. When he read it, he couldn't believe his eyes: addressed to a girl named Bethany, it was a letter from her mother, who was dying. This long lost letter from a dying mother to her daughter is beautifully heartbreaking, and goes to show that love transcends time and space.

If your dad is reading this to you it is because I have died and gone to heaven to live with the angels. My chest was very poorly and I had an operation to make it better but it didn't work. I will always be in the sky making sure you are alright and watching over you so when you see a bright star like in the nursery rhyme Twinkle Twinkle little star that's me. Be a good girl and live a long happy life your dad and Granda will look after you and take you to school. I will always love you and don't let anyone tell you it's wrong to talk about me because it's not. I hope you don't forget me because I'll always be your mam. Lots of hugs and kisses. Goodbye, Mam

P.S. I'm depending on you to look after Rosie for me now. Don't forget her will you not.

As soon as he found the letter, Draper realized he had to find the young woman it belonged to. So, he set out to try to find Bethany. He put a note in the local newspaper explaining what he'd found and hoping that someone would come forward and remember the woman, or, know her daughter.

When Bethany Gash, 21, responded, he figured it was nothing short of a miracle. Gash, who was just 4 years old when her mother died, told The Northern Echo that she was "overwhelmed" to have been reunited with the letter. "I knew that the letter had gone missing," she said, "But I never knew it could be found."

Gash's mother died of cystic fibrosis — a progressive, degenerative disease that damages the lungs — when she was just 36 years old. As instructed, Gash's father read his daughter the letter after her mother's death. Gash kept the letter and was devastated to realize it had gone missing after she moved in 2004.

What's even more incredible is that, when Draper saw a photograph of Gash's mother, he actually recognized her. Before she died, she'd come into the shop with Bethany to buy her daughter as many children's book as she could get her hands on.

"She really spoiled her with al the Beatrix Potter set and Paddington Bear books," Draper told The Northern Echo. "And could not have emphasized more that books meant a lot and she wanted to leave her [daughter] something."

Bethany Gash is now a mother herself to 1-year-old Oliver. When Draper returned the letter to her on Sept. 6, he also presented her with a special gift: a set of Winnie The Pooh books for Oliver — the same set he'd sold to her mother decades earlier.