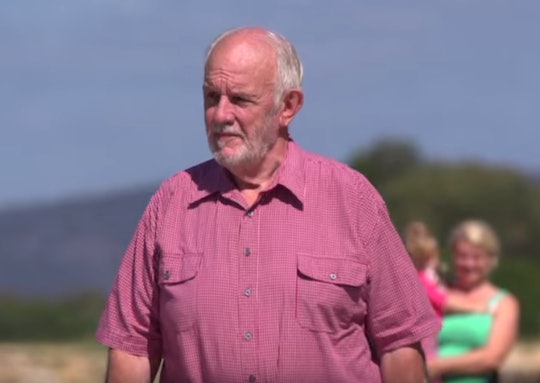 This Man's Blood Has Saved 2.4 Million Babies Over The Course Of His Life

There are all types of extraordinary people in this world — some of whom are often in the spotlight, and others who go about their lives (sort of) quietly. One remarkable Australian man who's made the news recently would fall into the latter category. But what makes him exceptional, exactly? Well, this man's blood saved 2.4 million babies, and he just made his last donation this week.

James Harrison has donated his blood over 1,170 times in a span of more than six decades, saving more than 2 million infants in the process, according to The Sydney Morning Herald. That's because Harrison has plasma that contains a powerful antibody found in the anti-D immunoglobulin medication, which is used to protect newborns from Rhesus D Haemolytic Disease, a potentially fatal hemolytic disease caused by Rh blood incompatibility between mom and baby, The Sydney Morning Herald reported.

And on Friday, the 81-year-old Australian man, known lovingly as "The Man with the Golden Arm," made his final blood donation after doctors advised him to stop in order to protect his own health, according to Newsweek. Harrison said as his blood was drawn for the last time, Newsweek reported, "It's a sad day for me. The end of a long run."

Rhesus D Haemolytic Disease, also known as Rh disease, happens when a pregnant women with Rh negative blood carries a fetus with Rh positive blood, according to Stanford Children's Health. Because of this incompatibility, the mother's immune system registers the fetus's positive blood type as "foreign," and will produce antibodies to attack these "invading" cells. These antibodies can cross the placenta and start to fight the Rh positive cells in the fetus' body during pregnancy and after birth, according to Stanford Children's Health. The disease once affected 20,000 babies a year in the United States alone, but the treatment developed in the 1960s reduced that to about 4,000 babies each year, according to Parents.

Since the mother's antibodies treat the Rh positive blood type as something foreign — and therefore dangerous — the immune response can have devastating effects. Rh disease can lead to still births and multiple miscarriages, as well as brain damage, hearing loss, vision loss, learning difficulties, or fatal anemia in newborns, according to Newsweek.

Before 1967, thousands of babies were dying each year from Rh disease, but, that year, Australian scientists discovered that they could prevent Rh disease by injecting pregnant women with low levels of donated RhD immunoglobulin, which would remove Rh positive blood cells without hurting the baby, The Sydney Morning Herald reported. And it was around that time they also realized Harrison's blood produced a natural — yet rare — combo of RhD-negative blood and Rh positive antibodies, The Herald reported.

Harrison was recruited around that time to donate blood as part of Australia's new Rh program, and was its first donor, according to The Herald. And his last donation was not only bittersweet for Harrison, but also the woman who brought him into the program.

Every ampule of Anti-D ever made in Australia has James in it, since the very first mother received her dose at Royal Prince Alfred Hospital in 1967. It’s an enormous thing ... He has saved millions of babies. I cry just thinking about it.

Harrison, who has his own Wikipedia page, is considered a national hero in Australia, and has received a number of awards and honors for his donations and saving millions of babies, according to CNN. That includes the Medal of the Order of Australia, which recognizes extraordinary Australians for their achievements and services in helping their fellow citizens. It's a well-deserved honor for Harrison, of course, because who else can say their blood saved millions of lives?