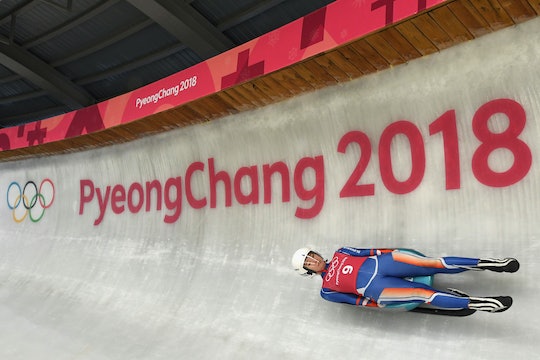 The 2018 PyeongChang Olympics are set to take off on Friday, and the world is preparing to cheer on their home teams as Olympians skate, ski, and slalom their way through the games. If you're anything like me, though, the Olympics may have crept up on you a bit this year — which means you've got a little bit of prep to do before things kick off. To get you situated, here's a map of PyeongChang and the Olympic venues you should know about.

The county of PyeongChang, South Korea was awarded the 2018 Winter Olympics more than seven years ago, when it beat out Annecy, France and Munich, Germany for the honor and headache of hosting the games. The county of 43,000, nestled in the Taebaek Mountains, has an average elevation of about 700 meters (or 2,296 feet), giving it great conditions for snowy sports.

The Olympics will take place in two main clusters, with twelve sports venues, several cultural venues, and two Olympic Villages for athletes. The Olympic Plaza and Olympic Park will also host several cultural events. Scan through the map below to check out where everything is situated, along with descriptions of each venue beneath the map.

In the PyeongChang mountain cluster, you'll find the following venues:

There's less happening in this cluster, but it's still going to be quite the show.

If you're keen on seeing a simplified map view, ATPI has a fantastic PDF of where each sports event takes place. You can also dive into more specifics of each venue via the 2018 PyeongChang Olympics website, which lines up each sport with its venue in a helpful spectator guide.

The Olympics kick off on Friday, and run all the way until Feb. 25. Before things get started, make sure you know where and when you'll be watching — whether it's streaming at home, heading to a friend's, or a bar — and then stock up on snacks for the fun.