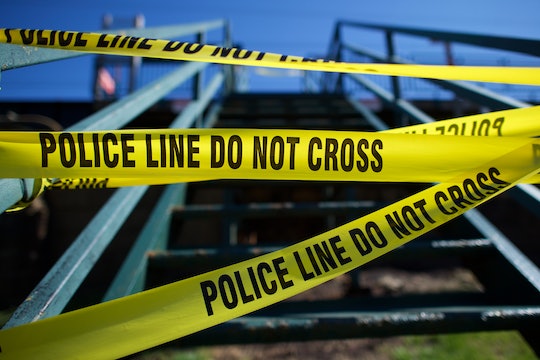 Here's A Map Of The Derailed Amtrak Train Route

What should have been a modestly celebratory day for Amtrak turned to tragedy Monday, when the first train to ferry travelers between Seattle and Portland on a newly established route derailed. And while the devastating crash left a number of people dead and scores more wounded, a map showing the route the derailed Amtrak train should have taken underscores that something went terribly, tragically wrong. Instead of delivering passengers to their destination faster, as it was supposed to, the first day of the new route on the Amtrak 501's Cascades service from Seattle to Portland left the U.S. with terrifying images of some of its trains dangling from an overpass as well as others having plummeted to the busy interstate below.

Undoubtedly, the unveiling of the new route could not have gone any worse. As Estefania Duran of News Talk 980 CKNW in Vancouver wrote on Twitter, the new route aimed to make the ride between Seattle and Portland 10 minutes faster as well as make train service between those two cities more frequent and reliable. But at about 7:40 a.m. local time Monday, the train christening that route derailed near Dupont, Washington, killing at least six of the 78 passengers and five crew members on board, according to the Associated Press. Those numbers haven't been officially confirmed by authorities on the scene. Reports indicate that all of the fatalities were people on the train, and that none of the motorists below were killed.

In an emailed statement to Romper, an Amtrak spokesperson said that the injured are being treated at local medical facilities and provided directions for those looking for loved ones:

Individuals with questions about their friends and family on this train should call (800) 523-9101. Local emergency responders are on the scene.

Service from Seattle to points north and east is continuing to operate. Amtrak Cascades Trains 504 and 509 are cancelled. No alternate transportation will be available.

Additional updates will be provided when available.

Authorities are still working to determine what caused the crash, and a team from the National Transportation Safety Board is heading from Washington, D.C., to Washington state to investigate what went wrong. The preliminary information available to the public just hours after the incident, though, includes that the train was traveling southbound at a rate of about 70 mph, according to NBC News. Speaking with The Seattle Times, an unnamed "official who was briefed on the investigation" shared that the train may have encountered and collided with something on the tracks just before the derailment.

Additionally, a passenger who was on the train at the time of the crash told CBS that the train was going around the curve when it went off the tracks. The passenger, Chris Karnes, described the harrowing moment:

...[A]ll of a sudden, we felt this rocking and creaking noise, and then all of a sudden it felt like we were heading down a hill, and the next thing that we know, we're being slammed into the front of our seats, and the windows are breaking, and then we stop, and there's water that's gushing out of the top of the train and all the lights go out and people are screaming.

The new route is called the Point Defiance Bypass Project and was built, in part, specifically to eliminate tight curves and single-track tunnels that defined the previous route, according to NBC News. Los Angeles Times transportation reporter Laura J. Nelson wrote on Twitter that the project cost $181 million and the resulting new route enables passenger trains to be separated from freight traffic.

This is not the first time that Amtrak's Cascades rail lines experienced a derailment. On July 2, another train derailed southwest of Tacoma, forcing passengers to evacuate and causing only minor injuries, USA Today reported. Because that train was traveling too fast just before the crash, a "derail switch" activated as it approached a drawbridge. Another high-profile Amtrak derailment left eight people dead and more than 200 injured in Philadelphia in 2015.

Whatever causes the derailment in Washington Monday, we can only hope that officials will use the experience as a means to improve the train experience and to ensure that something like this never happens again.