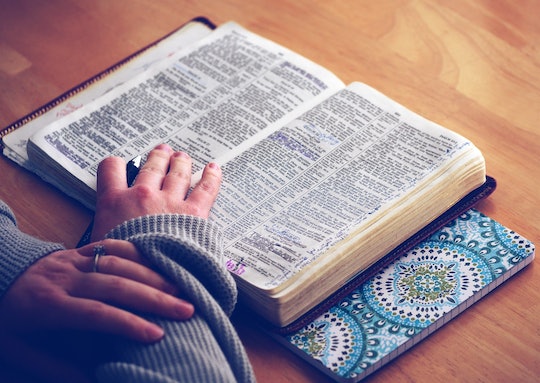 A woman who was charged with neglect and battery of her son earlier this year has had her request for dismissal denied and will head to trial in October. Kin Park Thaing, the mom, said a religious freedom law allows her to hit her son with a hanger, and the case has many people questioning Indiana's tightly held Religious Freedom Restoration Act, according to the Washington Post.

According to police affidavits cited in the Post, Kin Park Thaing, 30, beat her son with a coat hanger, causing him to have visible bruising (36 bruises total, according to court affidavits), which alerted teachers at his school that he may have been abused, according to initial reports from WTHR-TV. As the case was further investigated, Thaing admitted that on Feb. 3, she beat her son with a hanger after finding him with his 3-year-old sister, showing each other their private parts.

The affidavit said she admitted to beating both children with the hanger, though she did not hit her daughter as hard as she hit her son. She then told police that she took the children downstairs and instructed them to pray for forgiveness.

Thaing requested that the charges against her (battery and neglect of a dependent) be dismissed, as she stated in court that she was only acting in accordance with her religious beliefs. And given the state of Indiana's laws regarding child abuse, her attorney added that she was also acting within the bounds of state law, according to the Post. Thaing's attorney declined to comment in an email to Romper.

Thaing is a refugee from Myanmar who was granted political asylum in the U.S., and she speaks little English. Therefore, all of her statements to police were done with the use of a translator. Thaing's religious beliefs, she stated, were what motivated her to beat her children. She also believes the act was justified because of her cultural and religious beliefs about salvation.

In many Burmese cultures, the use of corporal punishment, often with "switches" (branches pulled from trees or shrubs) or through spanking, is common. Though, many who come to the U.S. understand that it is not socially acceptable to hit children and try to find alternative methods of punishment. Police in Myanmar, are less likely than police in the U.S. to get involved in a parent's child-rearing tactics unless a child is seriously injured, according to Raw Story.

Though there has been more concern circulating around Thaing's story regarding her religious beliefs and the Religious Freedom Restoration Act in Indiana. In court documents, Thaing quoted the Bible,"Do not withhold discipline from a child; if you strike him with a rod, he will not die. If you strike him with the rod, you will save his soul from Sheol," according to Indy Star.

What Is The Religious Freedom Restoration Act?

Thaing requested the charges against her be dropped in July, citing the Religious Freedom Restoration Act. The act, which was first adopted in 1993, states that: "Government shall not substantially burden a person’s exercise of religion even if the burden results from a rule of general applicability," and then goes on to lay out a few exceptions regarding "the furtherance of a compelling government interest."

Thaing's actions were further justified in court by her attorney, who cited Indiana law stating parents can use "reasonable corporal punishment" on their children as a means of discipline.

This law does not, however, lay out what is considered "reasonable" — as was pointed out by the prosecuting attorney on the case, Terry Curry, to The Washington Post. “We predicted this was exactly was going to happen, is individuals would assert their religious freedom to justify what is clearly criminal conduct,” he told the Post.

The question in Thaing's case is complicated: is protecting the welfare of her child of "compelling interest to the government" — which would be an exemption to the Religious Freedom Restoration Act? Or did she act not only in accordance with her beliefs, but within current state law in Indiana?

According to the Post, the children were placed in the care of child protective services after their mother was charged, and it is unclear where they are now.

According to court documents, since being charged with battery and neglect of a dependent, Thaing has been undergoing parenting classes and therapy, and now "understands there are more effective ways to discipline children without using physical punishment," according to WTHR.