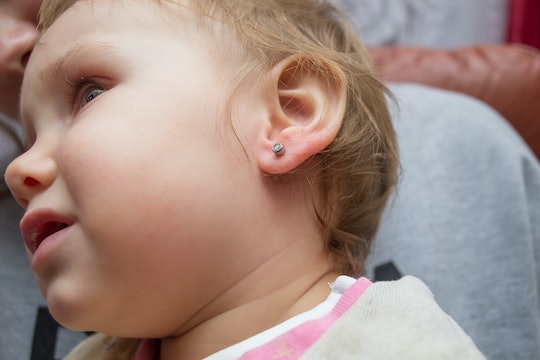 When it comes to the debate about health reform, the conversation usually hinges on how to make sure people have access to adequate, affordable health insurance coverage. The bigger question of why healthcare is so expensive in the first place usually gets lost. But it’s a critical point, since rising costs and confusing practices can ultimately mean massive bills and headaches for consumers — even if they have health insurance. Recently, investigative journalists at ProPublica began documenting the ways that waste gets built into health care costs. One article published this week from ProPublica's ongoing series explained how a Colorado facility charged $1,800 for a 5-year-old’s ear piercing, and the family’s story is a perfect example of what’s missing in the conversation on health reform.

According to the ProPublica report, Margaret O’Neill took her daughter to an ear, nose, and throat specialist at Colorado Children’s Hospital in 2015 to be treated for a “tongue-tie.” The band of tissue between the 5-year-old’s tongue and the floor of her mouth was too tight, causing her to have trouble forming the “th” sound, according to the article. It’s a common issue, according to the Mayo Clinic website, and in many cases, the tissue will stretch and relax on its own. But in this case, the specialist recommended having the tissue cut in an outpatient procedure.

O’Neill told ProPublica that during the pre-operative visit, the surgeon offered to perform an unexpected perk while her daughter was under sedation: O’Neill could have the little girl’s ears pierced, as long as she provided the earrings. She told the outlet that her initial response was, “That’s so funny. I didn’t think you did ear piercings.”

According to the report, the surgeon assured O’Neill that all she would have to do is bring the starter set of earrings on the morning of the surgery, making no mention of how much (if anything) the family might be charged for the ear piercing.

For those who haven’t had the experience of getting a child’s ears pierced, the procedure is so simple it can be done by a pediatrician, a tattoo parlor, or even at a mall jewelry shop — typically for free if the parent purchases a starter set of earrings.

O’Neill told ProPublica that months after her daughter’s hospital visit, she received a bill for $1,877, the cost of “operating room services” that her insurer had declined to pay.

What’s more, O’Neill told the outlet that when she disputed the bill, the hospital dug in, telling her that if she didn’t pay the bill would go to collections as an unpaid debt.

Romper has requested comment from Colorado Children’s Hospital, but hasn’t heard back.

Ultimately, O’Neill was able to get the hospital to issue a “one-time courtesy adjustment” for the expense, ProPublica reported. But the whole ordeal cost the family months of headache, careful research, and negotiation — not to mention another $30 paid to a mall jeweler when the mom realized that her daughter’s piercing was off-center and needed to be redone.

The family’s story may sound ridiculous, but it happens to patients everyday. According to the National Academy of Medicine, an estimated $210 billion of the money spent on healthcare in the United States each year goes to unnecessary or needlessly expensive procedures. And the issue goes beyond the arbitrary fees that providers are allowed to charge. The fact is that when someone is in a medical emergency — or hours away from a medical procedure (as in O’Neill’s case) — they no longer have the space or time to effectively negotiate, comparison shop, or research.

When a mom in labor needs to be airlifted for emergency treatment of twin-to-twin transfusion, she’s not in a position to ask if the helicopter service is in-network. A couple who’s in an operating room for a C-section isn’t in a position to ask if they’ll be charged for having skin-to-skin contact with the child after delivery. And, with so many rural hospitals closing because of dwindling insurance reimbursements and rising expenses, it’s ridiculous to think that patients should shoulder the full cost of air ambulances to the nearest facility.

But that’s what’s happening. And it's costing millions of families in the form of medical debt and the resulting financial challenges. In the heated debate about the future of health reform, we can't afford to ignore why costs are so high in the first place. It could turn out to be one of the most expensive points in the discussion.