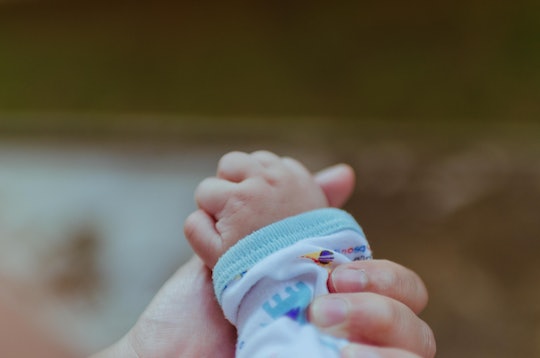 No woman can really ever have it all, but sometimes it's nice to remember that there are ways to find a balance between taking care of yourself, your family, and your interests or work. Which is sort of what this mom's viral breastfeeding photo is all about. Hein Koh is a New York City based sculptor and admits that when she had twins, she worried about how her children would affect her career. Back in 2015, she posted a private picture to Facebook tandem feeding her babies while working on a laptop. But recently, she decided the photo needed to be out in the world.

She captioned the now viral post, "when my #twins were 5 weeks old and despite the sleep deprivation and frequent (every 2-3 hours, 24-7, 45 min at a time) #breastfeeding, I was still getting sh-t done. #MarinaAbramovic thinks children hold women back in the art world, but as @dubz19 put so aptly, 'F-KK THAT.'"

Koh adds, "All Marina knows is her own experience, and it may be true for her, but that is not everyone's experience nor truth." It's a long message and Koh goes onto say that being a mom is tough, but she's learned to be "extremely efficient with my time, prioritize what's important and let go of the rest, and #multitask like a champ." She added, "I learned to function (even if barely) on very little sleep, and out of the chaos, insanity and even torture at times, a flood of new emotions entered into my work, becoming more interesting & layered as a result." 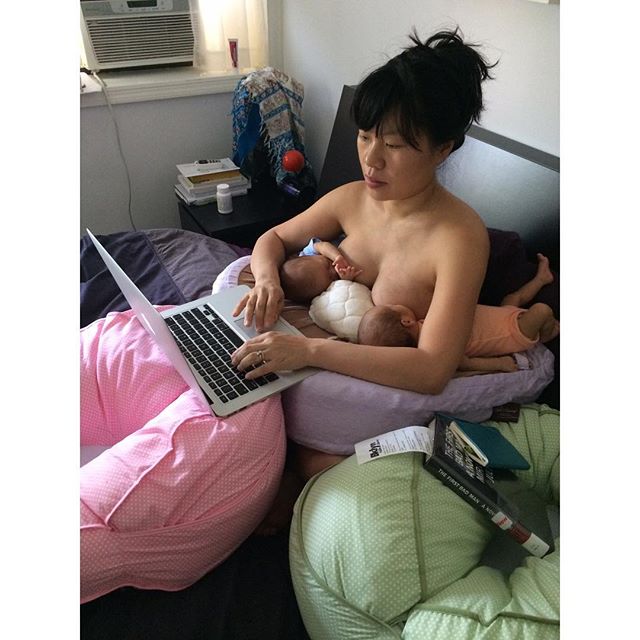 Koh adds that "parenting is like any other challenge in life. And if you embrace it and figure out creative solutions, you can emerge a better person. It's important to think about the ways in which these challenges can help you move forward, rather than hold you back."

The post was most inspired by a recent interview with Marina Abramović, an artist herself, in The Guardian, where she said that the had had three abortions because she didn't want children and was afraid they would hinder her career. "One only has limited energy in the body, and I would have had to divide it,” she said. Abramović added:

In my opinion that’s the reason why women aren’t as successful as men in the art world. There’s plenty of talented women. Why do men take over the important positions? It’s simple. Love, family, children — a woman doesn’t want to sacrifice all of that.

The mommy wars can be brutal. Even worse are the wars between moms and non-moms sometimes. Koh's positive message was a way to celebrate her own choices as well as everyone else's and that's something everyone could use more of probably.