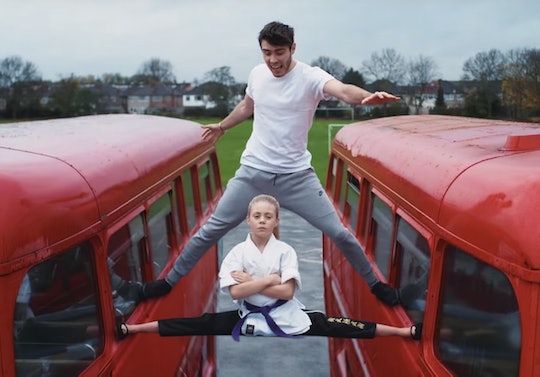 This Most Popular Videos Of 2015 Mashup Is Great, But We Think They Forgot A Few Gems — VIDEO

Every year, YouTube creates and releases a tribute mashup of all the viral moments our video-friendly Internet culture consumed and created. This mashup of the most popular videos of 2015 does not disappoint. From highlighting the fun-loving Left Shark to the adorable, sassy, 6-year-old Johanna Colon, dancing to Aretha Franklin, the nearly 7-minute video is set to this year's most popular pop songs and hits on (almost) every memorable viral moment.

According to YouTube culture executive Kevin Alloca, the video took 21 days to shoot, enlisting the unlikely viral and YouTube stars alike. Alloca told Business Insider, "Some of these [YouTube Creators] are pretty huge stars who are busy with crazy schedules, so to have them in the same place is really fun."

The video is listed as highlighting over 90 videos or YouTube channels, so don't feel bad if some of the references go completely over your head (because they definitely did mine.)

And while the video is obviously awesome, the creative powers at YouTube did miss a few videos that rightfully deserve to have their place on the end-of-the-year list. Here are the videos YouTube missed that we definitely don't want to forget as we break ground on a new year.

More Like This
'The Last Of Us' Is Based On The Iconic Post-Apocalyptic Video Game
Keke Palmer Casually Drops Her Baby's Sex On Jimmy Fallon
Freeze! The Single From The New 'Bluey' Album Just Dropped
Josh Duhamel Is Glad He Took Fergie's Advice About Dating After Divorce
What Parents Are Talking About — Delivered Straight To Your Inbox