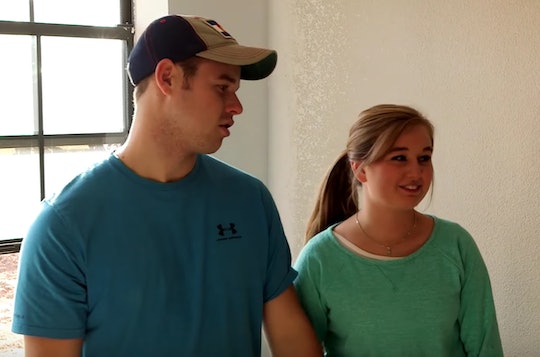 The Duggars are one busy family. But thanks to their TLC reality show, Counting On, fans of the supersized family can keep up with them. And the newest season of Counting On should be super exciting, considering everything that's happened in the last year. But before the show airs on Monday, July 30, this new Counting On promo for Season 8 will get fans caught up on everything they might have missed since the last time the show aired.

"Life has just been so busy for all of us," Jessa Duggar said in the opening line of the new trailer for this season of Counting On — and that could not be any more true. In the months since Counting On has been on air, a lot has happened. There have been pregnancy announcements, sex reveals, births of babies, engagements, and even a wedding, according to People. Yeah, the Duggars tend to use their time very wisely.

But, the great thing is, the cameras have been there to capture it all. And this final promo for the new season of the show definitely teases that on what the promo calls the "Duggar's busiest season."

You can say that again.

In the new trailer, fans can watch Jinger Duggar and her husband, Jeremy Vuolo, announce that they're expecting their first child, in addition to Jinger's brother, Joseph Duggar and his wife, Kendra, announce that they're also expecting their first child. If all of the pregnancies and births weren't good enough, Josiah Duggar's engagement (and wedding) to wife, Lauren Swanson, will also be documented on this season, according to the trailer.

Although there will be a lot of bases covered in this new season of Counting On, which officially starts in two weeks, fans might already be familiar with this season's highlights. But once it airs, fans will be able to relive their favorite Duggar family moments for a second time. Over the past few months, TLC has been posting special episodes of Counting On shortly after each Duggar family member celebrates an important milestone. Even though Joy-Anna Duggar and Kendra both appear to be pregnant in this promo, fans have already seen both women give birth in their own respective specials on TLC's website. And although this promo for the show ends with Josiah getting engaged to Swanson, fans are able to watch their wedding special on TLC's website right now — just in case they can't wait and wanted to cut ahead in this season

Although it might seem like this season has everything in the Duggar family's lives included in it, there is one thing that fans will have to wait to watch next season: the birth of Jinger's child. Considering that Jinger is set to give birth "any day now," according to People, and the new season of Counting On, will air days after, it is likely that fans won't be able to see Jinger give birth to her baby girl on this season of the show. But if fans know anything about the Duggar family, then they'll probably document the baby's birth in some way or another.

But with so many exciting things happening on this upcoming season of Counting On as it is, it's hard to imagine what could be in store for the next season.