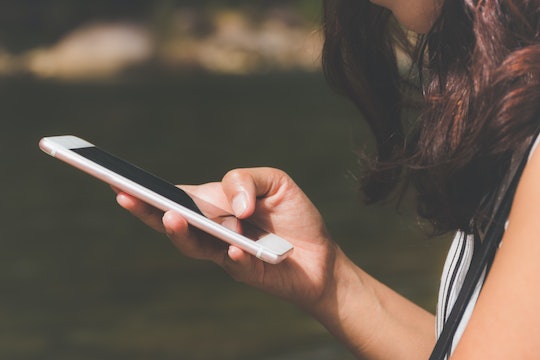 It’s a fair bet that nobody tries to spend too much time on social media. It’s just the nature of the system that there is always more content to scroll through, more cute animal videos to watch, and so on and so forth. But new updates from Facebook and Instagram are going to tell you how much time you’re spending on social media. It’s time to face the truth and I don't think anyone is going to like what they see.

Cosmopolitan reported that both platforms are working to help users manage the time they spend on social media. To do so, two new tools are being released that give users options to track their usage. The first is similar to a timer. It allows the user to set a certain amount of time they’re willing to spend on the app, according to Engadget. When that limit is reached they receive a notification. It can be set as a daily reminder so every day the user has to make a conscious choice to abide by the limit or ignore it.

The second tool allows a user to mute notifications for blocks of time, as Engadget reported. Users can still see notifications when they open the app, but they aren’t going to pop up on the screen like they usually do. That's right — a whole period of time without knowing everything at the exact moment. I know, take deep breaths, it will be OK.

We developed these tools based on collaboration and inspiration from leading mental health experts and organizations, academics, our own extensive research and feedback from our community. We want the time people spend on Facebook and Instagram to be intentional, positive and inspiring. Our hope is that these tools give people more control over the time they spend on our platforms and also foster conversations between parents and teens about the online habits that are right for them.

In December 2017, Facebook wrote on its blog that developers were taking concerns seriously about how online connections were changing relationships, taking time from families, and impacting mental health. They used the post to showcase their research efforts to understand the problem, and explained their findings. Overall they discovered that the way people interacted with the social media had a lot to do with how they were impacted. People who passively scrolled through updates without interacting with others online reported feeling worse afterward. When users interacted with people one-on-one through the app research indicated a positive effect on well-being.

Others would add that the amount of time a person spends on social media matters, too. A study in England reported a link between the length of time on the sites and health indicators. The Mirror reported that results were striking when children spent more than four hours per day in front of screens, as they “experience higher levels of emotional distress, anxiety, and depression.” Of special concern was the finding that, overall, improvements in children’s well-being have stalled compared to previous decades and could now be in decline.

While these new features could be just what the doctor ordered, it’s important to note that, for now they seem to be limited to the apps and are not accessible for desktop users. To access them, according to Fortune, go the settings page and tap “Your Activity” on Instagram and “Your Time on Facebook” on that platform. They also note that the features only track usage on one device, so users who access via multiple devices will have to do the math for themselves.

Yes, it's going to be hard to get used to this new reality. But we can do it, together.

These aren’t the first tools released that help users manage time online. Third party apps like Space and App Detox have been around to allow users to set limits and raise their awareness about their usage, according to Digital Trends. But having the features built right into the system could provide the necessary push for some users to begin to pay attention.

The fact is we’re all still in the learning stages about how to better work social media into our lives and culture. It’s still somewhat of a societal experiment, but we all want it to work for us rather than against. This may just be the next step in that evolution.