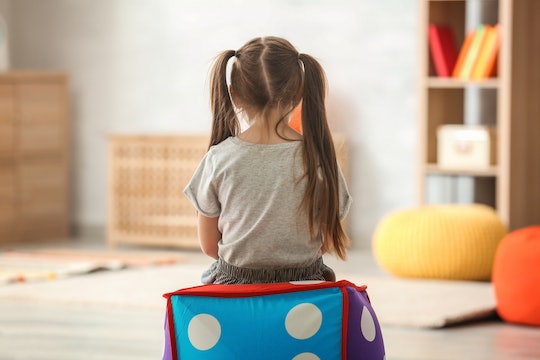 The study, which was published in the journal JAMA Pediatrics, found that, through data analyzed from the National Survey of Children's Health, a trend has emerged: Parents of 46.6 million children, ages 6 to 18, responded to the survey and about 7.7 million were found to have at least one mental health condition, CNN reported. More interestingly, only about half of the kids who had a condition had received any sort of treatment in the last year.

The research seems consistent with other trends observed from healthcare providers. HealthDay reported at the end of last year that there's been a "sharp rise" in mental health-related ER visits for children and teens, WebMD reported. "What [that] new research demonstrates is that not only are these visits increasing at a staggering rate, but that there are significant racial and ethnic disparities in the trends of who visits pediatric emergency departments for mental health issues," Dr. Anna Abrams, a resident physician with the Children's National Health System in Washington, D.C., explained.

The CDC has also released multiple reports citing that mental health issues are distinctly on the rise, as well.

There are multiple theories for why mental health conditions are on the rise.

One supposes that a decline in "free play" has given way to children not developing as much mental resilience as prior generations, Psychology Today reported. Others argue that there's an undeniable link between social media and mental health, The Guardian reported, suggesting that premature exposure to unsupervised online time makes kids susceptible to having to deal with a sort of anonymous bullying that's historically unheard of.

Regardless of the cause, the focus also needs to be on why these kids aren't getting help. One such reason could be a lack of diagnosis or recognition of symptoms, as Healthline noted. The issue could also be attributed to insufficient access to care, though the American School Counselor Association says that guidance counselors should be available for support in all schools, and programs such as Medicaid are required to cover some behavioral health-related costs, such as depression screenings and outpatient care, Medicaid.gov noted.

This means that if you are a parent, guardian or teacher of a child or young adult, you should be on the lookout for any early symptoms or signs of mental health issues.

The Mayo Clinic reported that if a child's worrying seems to interrupt or interfere with their daily tasks and activities, they should be evaluated for anxiety-related disorders. Likewise, other red flags are an ongoing inability to focus or pay attention in school or at home, preoccupation with food and eating, and/or anxiety surrounding meal time, persistent feelings of dread, sadness and over-reactiveness, as well as evidence of self-harm and/or threats to self-harm or concerning negative self-talk.

Often, children aren't able to advocate for themselves, or seek the help that they need, because they're more confused by their minds and emotions than anyone else. This is why it's of the utmost importance that adults are well aware of the signs and symptoms of potential mental health issues, and can provide the right identification and support. This can begin at home, and span out to building a team of therapists and social workers to help your child get back to a healthy state of mind. However, without recognition — and treatment — that remains impossible. Being aware of the issue is crucial, but knowing what to do next is, too.