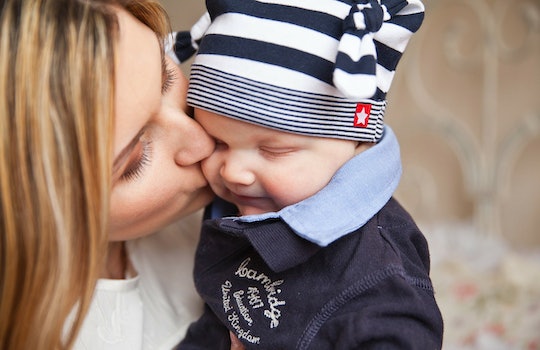 This Newborn Died From A Common Virus

Losing a child is every parent's worst nightmare. For one couple from Iowa, their nightmare became reality when their newborn died from something all babies get that some parents might not know about. Shane and Nicole Sifrit welcomed a daughter Mariana Reese on July 1. Less than a week later, the couple got married, but had to rush to the hospital with their newborn daughter during their wedding celebration. Their newborn lost her battle with viral meningitis and died on Tuesday. Mariana was only 18 days old.

According to the Centers for Disease Control and Prevention, the herpes simplex virus is one of the most common causes of viral meningitis. That's what makes Mariana's story particularly tragic: Any of the people with whom Mariana came in contact during her first week of life could have had herpes, without showing any symptoms. Even without a visible cold sore, something as simple as a kiss may have been the deadly transmission vector that started the chain reaction of events that led to the newborn's death.

Herpes simplex 1, the particular strain associated with cold sores, was found to be the cause of Mariana's particular case of viral meningitis and both of her parents tested negative for the virus, meaning that their daughter caught it from someone else.

The CDC reports that babies younger than 1 month old, as well as people with compromised immune systems, are at the greatest risk for developing the most severe forms of viral meningitis. Mariana's mother told WHO-TV her daughter suddenly became unresponsive just six days after she was born. "Friday we noticed she stopped eating and wasn't waking up when we were trying to get her to respond," she said.

Now, in the wake of her daughter's death, Sifrit has several warnings for parents of newborns about letting other people touch or hold their babies when their immune systems are still so young and fragile. Speaking to AOL, Sifrit said:

I always thought this stuff happens and it's a shame and never thought it would happen to me. Keep your babies isolated. Don't let just anyone come visit them. Make sure they are constantly washing their hands. Don't let people kiss your baby and make sure they ask before they pick up your baby.

These warnings, especially about making sure other people ask before assuming it's OK to touch or hold your newborn, is especially prudent. It's easy as the exhausted parent of a newborn to not think twice if grandma scoops up baby, but as Sifrit's tragic story illustrates, it's important for parents to assert their right to protect their child. It's not about being some weird, over-protective germaphobe — it could mean saving your baby's life.