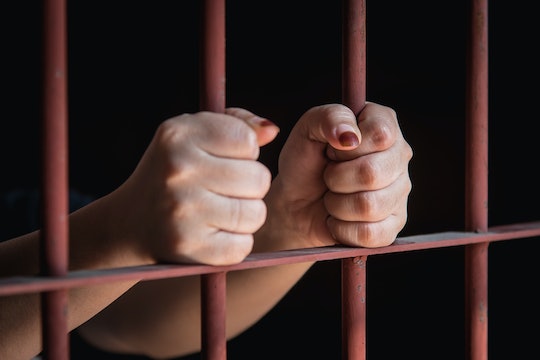 This Ohio Bill Would Charge Women Who Get An Abortion With Murder, & It's So Dangerous

During his presidential campaign, Donald Trump promised to take action against reproductive rights by targeting abortions and, specifically, automatically overturning Roe v. Wade. While it quickly became clear that’s not how the Supreme Court works, Trump’s presidency has given many representatives the courage to begin passing stricter and stricter abortion laws. Emboldened by recent law changes in Mississippi, the Ohio GOP introduced a bill that would categorize and charge abortions as murder.

The bill, HB 565, was introduced this Monday and proposes that criminal charges be allowed against both doctors and pregnant women seeking abortions. In the bill, an “unborn human” would be counted as a person under Ohio’s criminal code regarding homicide. The bill contains a sort of cruel genius by moving to threaten doctors who would risk losing their medical license if convicted of any criminal offense.

In addition, the bill states that there will be no exceptions even in cases of rape, incest, or danger to a pregnant person’s life. A report published by the National Academy of Science, Engineering, and Medicine found that abortions in the United States are perfectly safe, with risks of death resulting from natural birth where the pregnant person received poor maternal care. This bill puts further and unnecessary stress on women attempting to exercise their reproductive rights.

HB 565 is a clear attempt to topple Roe v. Wade, the 1973 Supreme Court case that provided the right for an abortion. The decision has been controversial ever since it went into effect and, with Senator Sherrod Brown up for election this fall, along with Supreme Court Justice Anthony Kennedy considering retirement this summer, the battleground is now sitting open.

“Anti-choice extremists from the Ohio Statehouse to the White House are lining up their dominoes to topple Roe v. Wade and punish those who seek or provide abortion care,” said executive director of NARAL Pro-choice Ohio Kellie Copeland in a press release. Copeland went on to highlight the history of Trump’s administration, pointing out that Trump had said a woman who has an abortion should be punished and, most frighteningly, that Vice President Pence allowed a woman to be imprisoned in Indiana for a miscarriage.

In 2013, Purvi Patel attempted to self induce an abortion; although the abortion attempt was unsuccessful, it did end in a miscarriage. As a result, Patel was originally charged with feticide (the killing of a fetus that is still in the womb) and child neglect. Judge Elizabeth Hurley sentenced Patel to serve 20 years in prison: 30 years for child neglect and six years for feticide, to run concurrently. While she was eventually resentenced and had the feticide conviction overturned, Indiana’s legacy points to frightening consequences that could occur in Ohio.

The language of HB 565 is reminiscent of HB 1, a bill introduced in 2011 by former Georgia Rep. Bobby Franklin. According to Mother Jones, similar to HB 565, the bill attempted to criminalize abortions and miscarriages, making both potentially punishable by death. Within the language of both bills, abortions would fall into felony categories and carry the subsequent penalties. In Ohio, this includes the death penalty.

Although Ohio has lessened the state's rate of executions, celebrating two years clean in 2016 before executing Ronald Phillips in 2017, the option for capital punishment still exists. Making abortion a felony charge in a state that practices the death penalty means that women and doctors involved will face that threat, too.

The Ohio bill was sponsored by state Reps. Ron Hood and Nino Vitale, with 18 more House Republicans signed on, according to NPR. It comes shortly after Mississippi Gov. Phil Bryant signed in a law banning abortions after 15 weeks and is a natural evolution from Ohio’s 20-week ban.

It’s possible that the House is counting on Ohio’s Gov. John Kasich to pass the bill, although it seems unlikely. Kasich did sign onto the 20-week ban, but vetoed the “heartbeat bill” that it was coupled with, where abortions were banned after the detection of a fetal heartbeat. Dawn Laguens of the Planned Parenthood Action fund told NPR, “[Kasich] may hope that by vetoing the six week ban — which would have virtually banned abortion with almost no exceptions — he comes off as moderate.”

If Kasich intended to appeal to a moderate crowd in 2016, with elections coming up, it’s likely that he will continue with that route. But even if the bill doesn’t pass, it shows that legislators are appealing to voters in order to secure their seat through the midterms. If they hold onto their seats, and gain further influence, then it increases the chances for this bill to go live.

With midterm elections approaching, it’s important to pay closer attention now than ever. Candidates will make constant attempts to protect their seats, which may lead to the introduction of additional bills similar to HB 565 that could put women in prison — or even put them to death.