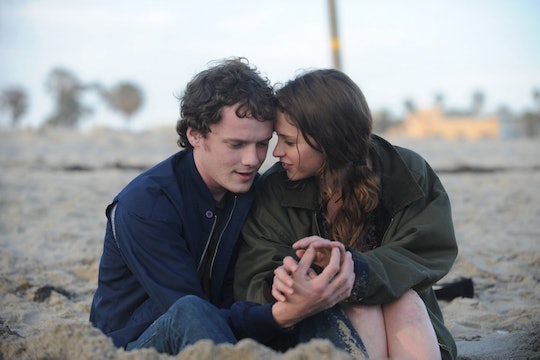 This One Anton Yelchin Scene Shows How Gifted He Really Was

Hollywood is still reeling over the loss of one of its great young performers. Actor Anton Yelchin was found dead from a tragic car accident early Sunday morning. The 27-year-old was best known for his role as Chekov in the rebooted Star Trek franchise, but many film buffs knew him from independent films as a talented star on the rise. Friends and fans inside and outside Hollywood are flocking to twitter to share their favorite role of his that shows off his skills. For many, his part in the critically acclaimed Like Crazy is the epitome of his talent. In particular, one scene shows how gifted Anton Yelchin really was.

Like Crazy is a heart wrenching love story about two college students—one is English (Anna); the other is American (Jacob)—and how they navigate the tricky trails of visas and long-distance relationships. As Jacob, Yelchin was featured alongside other stars-in-the-making Felicity Jones (The Theory of Everything) and a pre-Hunger Games Jennifer Lawrence.

The starry-eyed couple, Yelchin and Jones, are abruptly forced apart when, after graduation, Anna’s student visa expires and she is shipped back to England for overstaying her welcome in the United States. Embarking on a long-distance relationship, the two navigate the choppy waters of the real world: Pursuing their careers, waiting for the INS to forgive Anna’s transgression, and attracting interesting, and more conveniently located, partners.

Director Drake Doremus and writer Ben York Jones allowed their young leads to improvise much of the dialogue and their performances result in an incredibly naturalistic, yet hauntingly beautiful portrayal of the blissful highs and devastating lows of young love.

The film is subtle, zooming in on the quieter, personal moments that comprise a real relationship. Its simplicity makes Like Crazy all the more effective.

Like Crazy garnered critical acclaim, winning Grand Jury Prize at the 2011 Sundance Film Festival. Much of the praise was heaped onto its leads’. Andrew Barker from Variety called the film “an exquisite, beautifully acted gem.”

NPR reviewer David Edelstein said, “Yelchin [has] the rawness, the spontaneity of little kids,” and you can really see that in his performance early in the film.

“Jones and Yelchin manage to register eight or nine distinct degrees of quiet ambiguity, throughout” Barker wrote, “ranging from tenderness to spite.”

In one scene towards the end of the film, the reconciled couple fight over some snooped text messages—who hasn’t been in that situation? From this simple exchange, you can see why Anton Yelchin was the talk of Hollywood.

Director Doremus released a statement on Yelchin's passing on Sunday saying: "Anton was one of a kind. Such an old sould who was one of the most sincere but also funniest people I have ever met." He continued, praising his lead actor to Variety:

He taught me what being a humble and hard working artist is all about. His laugh was the best sound in the world, it was so contagious and comforting. He was always up to something to make you laugh especially if you were getting frustrated or being too serious. Anton changed my life in so many ways and I'll never forget him. Everybody in the Like Crazy family wants to send their love to Anton's family on this incredibly devastating day.

At the end of his statement, he directed words to his lost friend. "Laphroaig is in my glass my friend. Love you Anton."

If you haven't seen Like Crazy, I seriously recommend it. Not only is it a beautifully-acted romantic drama, it is one of Anton Yelchin's best performances. What better way to say goodbye to a talented young star taken from the world too soon?