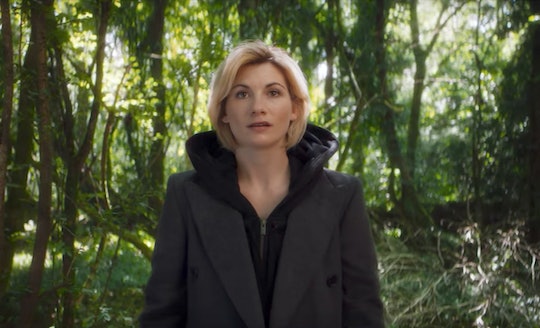 This 'Doctor Who' Tweet Proves Exactly Why Representation Matters

Fans have been waiting a long time to learn just who the BBC would cast to play the 13th incarnation of The Doctor from its hit show, Doctor Who. Many, though, have been waiting even longer for the show to give its female fans a nod and bring a little more diversity to the table. So, after Doctor Who announced this week that the next Doctor would be a woman, Twitter lost its mind, some celebrating the news, and others criticizing the decision to give the character a female perspective. However, this one Doctor Who tweet proves why female representation is so important for kids, and why all the online trolls can just shut their mouths.

On Sunday, BBC announced that the latest regeneration in the hit BBC show, which has a dedicated cult following across the globe, would be played by a woman, for the first time ever. Again, not everyone was pleased. Critics were quick to pounce on Twitter, claiming they wouldn't be watching the series anymore because of the casting decision or blasting the showrunners for daring to include a woman in the title role. However, the BBC's decision to cast Jodie Whittaker in the title role has also had a positive impact for women and young girls all over the world, proving that no matter how many trolls assemble, feminism will always fight back.

Jenny Trout, the American author behind the Blood Ties series, posted the above video of her daughter's reaction to the Doctor Who teaser trailer, which was released Sunday morning and effectively shut down sexist man-boys everywhere. In the video, Trout's daughter can be seen intently watching the trailer, and when she sees that the next Doctor will be a woman, she understandably freaks out. "The new Doctor is a girl!" she screams excitedly. And seriously, that huge smile on her face at the end? That's the thing feminists fight for.

But Trout's tweet wasn't the only response BBC got. Initially, after BBC tweeted out the video featuring Whittaker as the 13th Doctor, negative responses to the decision came rolling in by the hundreds.

However, Trout's tweet makes an important statement: For years now, the quirky Time Lord at the center of Doctor Who has been dependably male. And for those who aren't aware, the lead character in the show is supposed to change every so often.

Why? Well, the Doctor doesn't "die" like most humans, because they aren't human. In fact, they're an alien — a Time Lord, more specifically — that can regenerate instead of dying. So, Whittaker's character won't be a "new" one necessarily, she'll just be the new shell into which the last incarnation of Doctor will regenerate. It's still The Doctor — she's just got a feminine form this time around.

And while Doctor Who took a brief hiatus from 1989 to 2005, it remains an iconic piece of pop culture, making its casting decisions hugely important. Even though it took years for a female to be cast in the lead role, Whittaker's role is crucial and an important stepping stone for both the series and women's representation overall.

For far too long, girls all over the world have seen men cast in lead roles. Men were the heroes, men were the saviors. But now, finally, young girls can see that yes, women can be time-traveling aliens, as well. And that's pretty cool — just ask Jenny Trout's daughter, if you don't believe me.