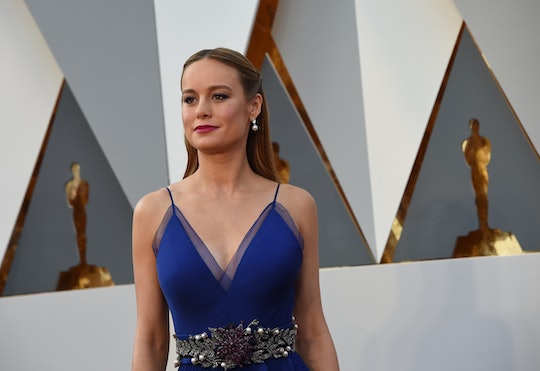 This One Tweet Captures Why We Still Need To #AskHerMore

Chris Rock used his iconic, brash, and painfully intelligent form of comedy to not only speak on the diversity problem plaguing the Oscars (and Hollywood, for that matter) but to poke fun at the #AskHerMore campaign. While Rock claimed actresses are asked about their outfits because no two actresses dress the same, this one tweet captures why we still need to #AskHerMore: tonight, tomorrow, now, and in every award show to come.

For those who may not know, #AskHerMore is a campaign dedicated to asking women on the red carpet more interesting questions than just who they're wearing, if they had to diet before walking the carpet, how many people it took them to fit in their dress, and what jewelry they're wearing. The campaign was founded during the 2014 award season by The Representation Project. While actors are routinely asked interesting questions, like what they do to prepare for a role or how it felt to work with so-and-so in their latest film, actresses are often asked how they "lost the baby weight," or "picked their gown," or "how long they've gone without eating anything so they could lose the baby weight and fit into the gown they inevitably picked." It's annoying, frustrating, and it's nothing sort of offensive for talented actresses to be reduced to walking coat hangers, only capable of talking about the dress they're wearing on a night where their acting chops are to be celebrated and awarded.

Unfortunately, Rock doesn't know what it's like to constantly be treated as if your only worth is measured by the price of your dress or the color of your gown, so when he made this joke, I think it's safe to say he didn't exactly know what he was talking about:

You’re not allowed to ask women what they’re wearing anymore. It’s a whole thing, 'Ask her more.' You have to 'ask her more.' It’s like, you ask the men more. Everything is not sexism, everything is not racism. They ask the men more because the men are wearing the same outfits. Every guy is wearing the exact same thing. If George Clooney showed up with a lime green tux and a swan coming out of his ass, someone would go, 'Hey, what you wearing George?'

Women are more than what they do, or do not, wear. They are more than their shoes and their accessories. They're more, and deserve to be asked more. The cut of a dress or the color of a gown, no matter how stunning or how interesting, should not be what leads an actress' Oscars story. A specific outfit shouldn't be the only trending topic a women can claim as hers, and until actresses are asked the same interesting questions actors are asked, #AskHerMore should continue to be used.