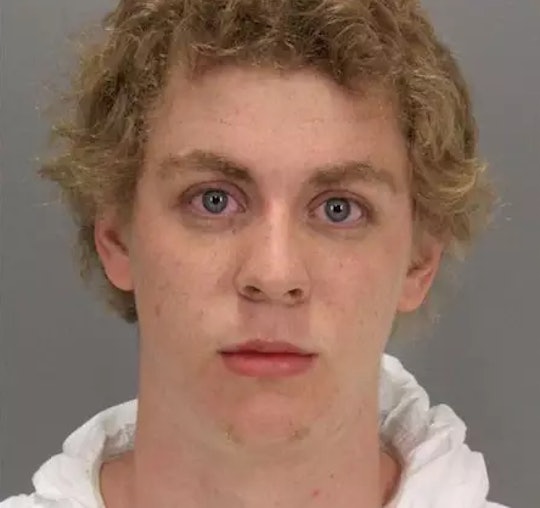 After Brock Turner, a 20-year-old Stanford student and swimmer, was sentenced to a lenient six-months in jail after two graduate students found him raping an unconscious 23-year-old girl behind a dumpster, the case gained widespread attention, according to the New York Times. Public outrage ensued, with many questioning the way Turner's class and privilege influenced the case, society's view of sexual assault and intoxicated survivors, and how universities deal with rape cases. The only positive outcome to this mess has been the conversation and backlash it has generated, and this one tweet shows why the Stanford rape case is especially important for parents.

It can be hard to decide what to tell your kids about viral news like this, especially when it comes to the heavy topic of rape. However, actress Vanessa Marcil recently brought up the importance of speaking to children about the case on Twitter, writing, "Parents, talk to your sons and daughters about Brock Turner right now. Teach them about consent and rape culture and the buddy system, now."

It can be tempting to sweep the Stanford rape case news under the rug before sitting down to dinner with your kids, but it's an important opportunity to have a very necessary conversation.

After Turner was sentenced to six months in a county jail, his father sent a statement to the judge calling his son's crime "20 minutes of action." The judge who sentenced Turner, Aaron Perksy, explained the six-month sentencing by saying, "A prison sentence would have a severe impact on him. ... There is less moral culpability attached to the defendant who is ... intoxicated." Those phrases are both examples of the rape culture that unfortunately exists everywhere, especially on college campuses. He was drunk. She was wearing slutty clothes. It's her fault for getting so drunk that she passed out. He's a good kid.

In today's world, those are views that are largely held, whether overtly or implicitly. In university, boys talked about getting "cockblocked" when a drunk girl's friends led her away from them. As a prepubescent girl, an older friend shamed me for wearing a short dress after I was harassed by strangers. And when friends and I walk home from a Friday night out, men are surprised, often angered, when we call them out on their behavior as they harass or follow us after we've made our disinterest clear.

This is the state of the world today, but it will change as we raise our children differently. Talk to them about the Stanford rape case. Tell your daughters and sons that only "yes" means "yes." A person's clothes do not work as a stand-in, and neither does their level of intoxication. Tell them about the two graduate students who helped the girl, who tackled Turner and held him until police arrived. Tell them that being drunk does not excuse their actions — not when they drive drunk, and definitely not in cases of rape. Teach them not only to buddy up with friends and watch out for one another, but to intervene in situations where someone might need their help.

It's those conversations that will ultimately change the way we, as a society, deal with sexual assault. Keeping silent means agreeing to the status quo, and unfortunately, the status quo at the moment often means victim blaming, defending attackers, and giving rapists lenient sentences because they're white males at good universities. If we talk to our children about Brock Turner, we're one step closer to ensuring our sons and daughters don't have to live with those same societal norms.