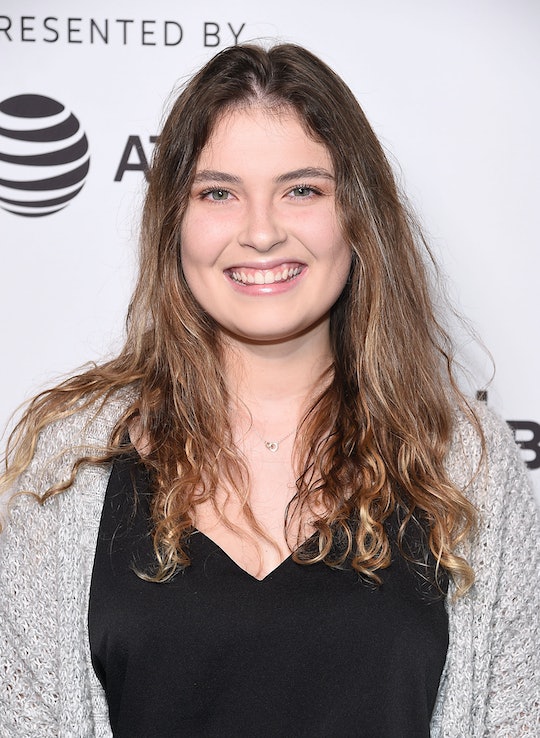 A minute and 10 seconds into the ABC Documentary film, After Parkland, you can hear co-director Emily Taguchi's voice, heavy with sympathy. "I'm very sorry to do this, but can you..." she begins, addressing Andrew Pollack. His daughter, Meadow Jade Pollack, was one of the 17 people murdered on Valentine's Day, 2018, at Stoneman-Douglas High School in Parkland, Florida. Pollack sits in front of the camera, his face stoic but his body slumped ever-so-slightly forward. He appears physically burdened by the unimaginable loss of his child. "But I want you to... I want you to not feel bad," he replies, cutting Taguchi off. "I do feel bad, I'm a parent," Taguchi replies.

"No, shoot it out at me," Pollack interjects. "Someone murdered my kid. I'm just saying: I can take anything. Whatever you want the people to know, go ahead. Just ask me whatever you want."

What follows is the sound of students crying; whispers of students hiding in closets; a student painfully describing the moment his classmates were gunned down; the sounds of gunshots and students screaming.

What follows is the sound of public education in the 21st century. It is the sound of lives cut short; of futures never realized; of our collective failure to protect our children.

It's the sound of trauma, and something Brooke Harrison, a Parkland shooting survivor, deals with every single day.

"I think people don’t fully understand how hard it is, in the day-to-day life, that a survivor or a victim has to go through," Brooke tells Romper via phone. "It’s an experience that you never want to have and you're part of a membership that you never wanted to be a part of, and it’s very hard. And this grieving process is very much a process; it’s not point A to B, like the stages of grief: angry, upset, acceptance."

Brooke was inside the school on the day of the shooting, and watched her fellow classmates die. In the documentary, her mother, Denise, describes how close Brooke came to dying herself. "Of the 17 people who died at Douglas, three were in Brooke's classroom," she begins, holding her daughter's arm as she speaks to the camera. "Alex Schachter was right in front of her, and he died. Alyssa Alhadeff was right beside her, back a little bit, and she died. Alaina Petty was behind her, and she died. It's just where she was sitting that day. It's where she ran to that day. It's the angle of the bullet that just missed you," she continues, looking at her daughter as she begins to cry.

Talking about my story with anyone helps me so much, so think this is one of the best things I’ve ever done to really help my personal growth.

In six minutes and 20 seconds, the documentary states, 17 people were killed and 17 people were wounded. What followed the shooting at Stoneman-Douglas was covered extensively in the news; the students becoming activists; the March For Our Lives; the publicized meeting at The White House with President Donald Trump and school shooting survivors; the, once again, outpouring of thoughts and prayers but not a single piece of gun legislation passed through Congress. But it's the day-to-day struggles, and notable wins, of those left behind that the creators of After Parkland aimed to cover. It's not the shooting, but the never-ending and often forgotten aftermath of the shooting that After Parkland highlights, sometimes in gut-wrenching detail.

"I bounce through the stages back and forth all the time," Brooke tells Romper. "I get upset, I get sad, I get angry, I get depressed, I need to be alone, I need to be with people. It’s very much like waves, and I don’t think people really understand how hard it is and that it’s not something that happens for just a few years or a few months. I’m going to have to deal with this for the rest of my life and that will never change."

A substantial amount of ink has been spilled on the potential ramifications of Brooke and her fellow classmates speaking out in opposition of this country's collective love-affair with weapons of death, and the assumed long-term impact of their willingness to go in front of camera after camera to advocate for common sense gun legislation. Conservative talking head Rush Limbaugh claimed the student survivors were "being used by the left and by Democrats in a bid to take away people's gun rights," and after two survivors of the Parkland shooting died by suicide, Amy Nitza, the director of the Institute for Disaster Mental Health at the State University of New York at New Paltz, told The Cut there's an ongoing debate within her office as to whether "the role of media is positive or negative."

The amount of connections I’ve made through all of this, and friendships and extended families, are going to last forever.

But for Brooke, the positive impact of speaking out and sharing her story, and for participating in the documentary just days after the shooting occurred, cannot be understated.

"I don’t think people understand that not only is this documentary important to get the story out there and to share it with as many people as possible, but that this — talking to Emily, talking to Jake, talking to Stephanie — was worth over a million hours of therapy for me," she says. "Talking about my story with anyone helps me so much, so think this is one of the best things I’ve ever done to really help my personal growth. So to anyone who says I shouldn’t be doing it, they have no idea what at tremendous help this was for me."

Taguchi and co-director Jake Lefferman wanted to document that process. Shortly after arriving at the scene of the sheeting on assignment for ABC, the two realized that after the initial media coverage inevitably ended, the story of change, trauma, and healing would just be beginning. "Jake and I deeply deeply believe in the importance of sharing the experiences of these families to show the very, very long ripple effects of a single act like this," she says. "The trauma and the grief is something that the families in the community will be going through for the rest of their lives, especially for the parents who lost the most precious thing that happened to their life."

How the trauma will impact Brooke weighs heavily on Denise, who tells Romper she made sure Brooke was always comfortable throughout the filming process and was present at every interview Brooke agreed to participate in. Denise lived in New York City for 11 years, and moved to Parkland when she was eight months pregnant with Brooke, because she lived three blocks from the World Trade Center in 2001. "In 2003 we moved to Parkland to move to a safe, idillic community where we could raise our children," Denise tells Romper, her voice breaking periodically as he fights back tears. "So, that's the irony."

If you haven’t experienced any relationship with gun violence you’ll never fully understand.

"I couldn’t protect my daughter from this horrible event and violence, and that she had to go through this...," Denise continues, now crying. "And that it’s there forever. For the rest of her life. And on the surface, right now, everything seems good. Like, Brooke seems to be doing really well and coping well, but I just have this horrible feeling, inside... I’m just scared that this is going to come up later in life, you know? That... I just don’t want her to live a scared life. I don’t want it to hold her back from being the amazing person she is and having an adventurous life. I don’t want this to hold her back in any way."

Brooke, however, seems much less fearful of the trauma she endured and will knowingly work through for the rest of her life. Unlike her mother, she is not afraid it will hold her back. In fact, she believes that her willingness to continually talk about the shooting, about gun violence, and about the lives lost on Feb 14, 2018, will not only push the country forward and toward sensible gun legislation, but will keep her mentally, emotionally, and physically healthy.

"I have great friends and family," she says. "I’ve met so many amazing people through this journey; talking to news agencies; talking do schools; talking to Democratic party events has been amazing. The amount of connections I’ve made through all of this, and friendships and extended families, are going to last forever. It’s really one of the most important things. I can’t put into words how much I value all the relationships that I’ve made."

Brooke knows she is now part of a growing circle of survivors; a group no one ever wants or plans to be a part of. There have been eight school shootings in 2019 alone, according to The New York Times. Four people have been killed, 17 people have been wounded, and a countless number of people have joined a club that Brooke and her classmates are working tirelessly to limit. And for her, that work, that willingness to share her story over and over and over again, isn't hurting. It's helping. It's part of a grieving and healing process she never asked for but is using to protect future students and families.