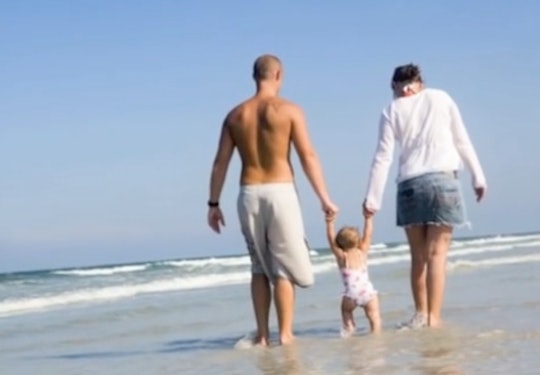 According the Center for Disease Control and Prevention, one in every eight couples in the United States, regardless of their age, have some form of a fertility issue. Some of them turn to IVF — also known as in vitro fertilization — for help. The problem is, IVF is not an inexpensive procedure. But now, a new Bay Area startup, Future Family, wants to work on helping couples afford IVF so they can start families in their own way, with assistance from fertility financing.

Tech Crunch reported that Future Family was started for very personal reasons. The startup was co-founded by former Solar City executive Claire Tomkins and Eve Blossom, after Tomkins went through six rounds of IVF herself, spending more than $100,000 to finally have a baby. After all of that, she wanted to help create a way for women and couples to have more affordable options to have a family.

Tomkins said the cost involved in IVF was the real surprise and concern for her. She told Tech Crunch:

The cost is really prohibitive and it was really eye-opening for me. I personally hadn’t had any health issues before and what I learned was that it was so expensive that if you don’t have resources you probably couldn’t afford treatment.

According to the CDC, the number of women in the United States aged 15-44 with impaired fecundity (described as the impaired ability to get pregnant or carry a baby to term) stands at 7.5 million. And in that same age bracket, the number of women who have ever used infertility services is 6.9 million. So being able to afford an option like IVF could literally change the lives of millions of women in the U.S.

And when Tomkins heard from women who’d gone through the same thing she did, she decided she wanted to help them, too. One way she could do that was by addressing the barrier that stands between many couples and IVF access: money.

Tech Crunch reported that the "typical" costs of IVF range anywhere from $12,000 to $20,000. Genetic testing to be sure the fetus is chromosomally normal is an additional expense on top of that. And most women and couples with modest salaries just can't afford it.

But at Future Family, they're given options. The company offers zero-down payment financial packages for IVF and egg freezing, and a new fertility age test to help determine how much time someone may have left to try to have a baby. That age test, for instance, will reportedly cost $300, which is around half the usual cost for the same type of test in a doctor’s office.

In general, couples who go to Future Family for IVF could pay as little as $125 a month. A woman freezing her eggs with Future Family, as another fertility option, might only pay $75 a month, and that includes all clinic costs, medications, and storage for the first year.

Having options for fertility financing can be extremely important for women looking for help with infertility. According to The New York Post, some states mandate that some health plans have to cover some infertility treatments, but not all of them. Other states outlaw "compensated gestational carrier arrangements" — meaning, it’s illegal in those areas to pay another woman to carry your baby. But others allow it, and that can be an additional expense.

Finding solutions for infertility can be a long, stressful, and expensive process. But when companies like Future Family offer more affordable options to women and couples dealing with infertility, they have the ability to ease some of that extraordinary burden.

That could mean more couples, starting their own families, in their own way. And that's a wonderful thing.