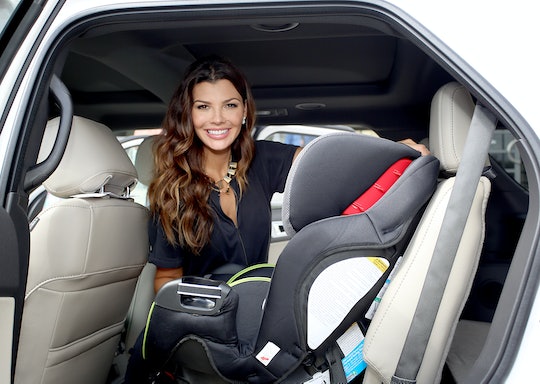 This Stat About Car Seats Is Troubling

When it comes to traveling with kids — even just to the grocery store — the main adjectives that come to mind are along the lines of harried and time-consuming. Sure, it can be fun to have the little ones bouncing along to the radio in the backseat, but having them along for the ride undoubtedly complicates what would be an otherwise simple trip to the post office. Still, it's essential to always take the time to ensure that kids are safely secured in the car, as tired as you might be with their antics — and this stat about car seats in the United States will surely motivate parents and caregivers to put in the extra effort.

According to one study, a whopping 95 percent of families make at least one major mistake that could put a child at risk of injury when installing car seats. Study author Benjamin Hoffman, MD, and his team surveyed and observed nearly 300 parents installing the seats and securing babies in them — and the results were truly troubling and striking. Even though more than half of these parents — mostly moms between the ages of 25 and 34 — had older children, 89 percent of the errors had the potential to contribute to a baby's injury in the event of a crash, according to Parents.com

The study's author and the certified child passenger safety technicians identified a whole host of mistakes. They included (but are certainly not limited to) positioning the harness retainer clip too low, installing a non-regulated seat, allowing the seat to move more than one inch side to side, and employing an incorrect seatbelt path.

For Hoffman, this clearly indicated that the U.S. needs to do a better job of educating new parents on how to safely travel with their babies, as he told Forbes:

It is not acceptable to address safe travel at newborn discharge with the attitude that we cannot afford to provide resources. If we know that 95 percent of infants going home form the hospital are traveling unsafely, how can we afford not to?

In the meantime, he provided some tips for parents who want to make sure their children are as safe as possible en route to doctor's appointments and Grandma's house. First, read the manufacturer's instructions carefully and consult resources like www.safecar.gov. Also, make sure the chair is securely attached to the seat, either by a locked seat belt or lower anchors.

Additionally, this simple "Car Seat Checkup" from safekids.org is a great place to start to make sure car seat installations are done correctly and babies are properly secured. Traveling with kids may be even more time-consuming, but at least you'll be able to do it with confidence that they as safe as possible, should the worst happen.