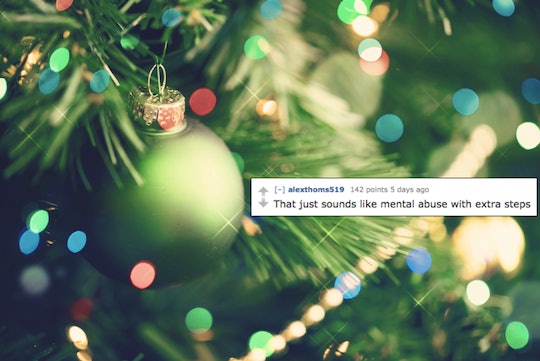 Kids have a way of melting down at the most inopportune times. As a mom of three, I know this all too well. I've dealt with a sobbing 3-year-old in the middle of a family photo shoot, a can't-even-pile-of-tears toddler at pre-school drop-off, and flipping out baby while meeting Santa Claus — just to name a couple of extra-fun situations. Many times, after I've done all I can possibly think of to subdue the crying and nothing has worked, I'll snap a photo to document my predicament for all of eternity. Later, I'll pull up the photo and have a good laugh. (Because it's usually funny after the fact.) It's a parent thing. However, this stepdad turned his kid's tantrum into a Christmas ornament, and people are seriously pissed about it.

On Dec. 12, a Reddit user shared a photo of a quirky ornament hanging on his Christmas tree on the subreddit r/Funny. It was a cutout of a little girl's crying face glued onto the body of someone who was hanging up tiny ornaments. Along with the amusing shot, the original poster wrote, "My step-daughter had a melt down while taking Christmas pictures a few years ago so I made this ornament that we now hang on the tree every year."

Let's just say the overall reaction in the comments was less than amused. 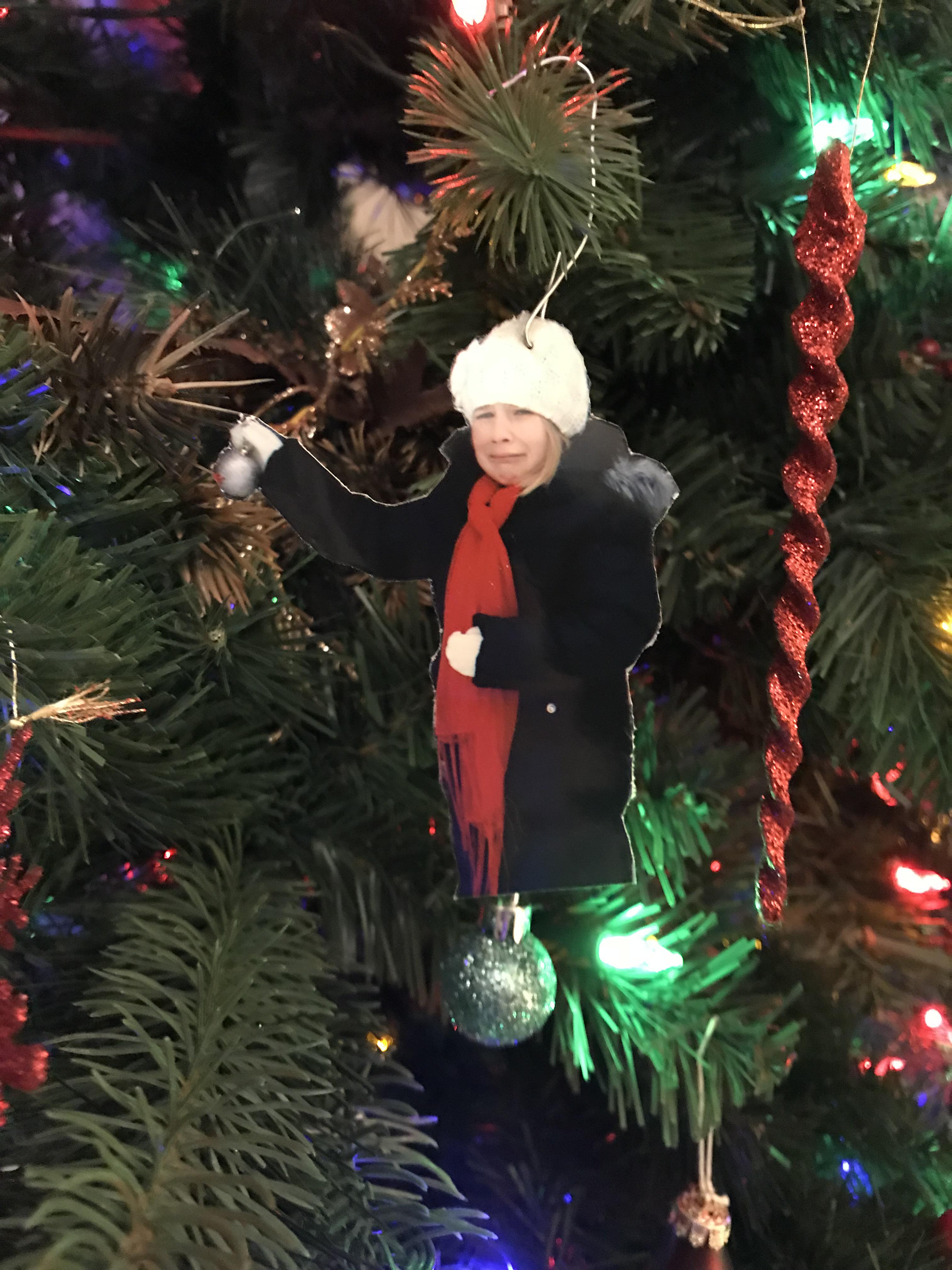 "That just sounds like mental abuse with extra steps," one person accused.

"Eventually she'll f** up her own children, and then when they finally crack, their family can come up with some fun way to torment them. It's a self perpetuating family holiday tradition!" another person sarcastically chimed in.

Yet another remarked, "Hey you know that one really horrible thing that happened to you? Lets frame it and make a part of the holiday where you are supposed to forget about your problems." Oh, snap!

Other Redditors used this thread as an opportunity to passive-aggressively criticize stepdads as a whole. "That sounds like something a stepfather would do," one person commented.

"Tormenting your step-daughter for having emotions? And who said step-dads aren’t supportive?" another wrote.

"I'm sure that will have no psychological impact on her and she will have a trusting, deep relationship with you," yet another person quipped.

Still, some Reddit users — whom I'm guessing actually have children of their own — served as the voices of reason. "Dafuq is with this thread? This is hilarious OP [original poster]. I must also be a horrible parent," one commented.

Another person wrote, "Dang, guess no one else thinks this is hilarious? My parents have a picture of me crying and picking my nose at the same time (age 5 years) that they proudly display on the coffee table. It’s a hoot."

Another assumed parent piped up with, "She looks way too old to be having a meltdown during pictures. I'd do this too."

Let's take a step back, here. With a little more information about the circumstances leading up to the photo, it's pretty clear this stepdad isn't a heartless a-hole.

"It's all in good fun," the original poster explained, according to CafeMom. "The picture was taken during Christmas pictures a few years ago when she was 6. She had a very normal tantrum for someone that age while the pictures were taken. They were actually very adorable pictures considering her little 'meltdown.'" He continued:

In the pictures you could tell she was trying to hold it together the best she could. That's what made it so funny to us. No one was being mean to her during or after the picture. She thought they were funny as well after the fact.

Yeah, I'm going to assume most of the nay-sayers in this thread aren't actually parents — and perhaps many of them had poor relationships with their own step-parents. Because many of these comments are way over the top, in my opinion. Personally, I find the ornament hilarious. But that might have something to do with the fact that I have an ornament of my crying child hanging on my Christmas, tree, too. My infant son had his lip all puckered up while lying on a festive blanket, and it looked too perfect when I tested it out in a photo frame ornament. So it hangs lovingly on our tree each year. And I'm pretty sure he won't be scarred for life because of it.