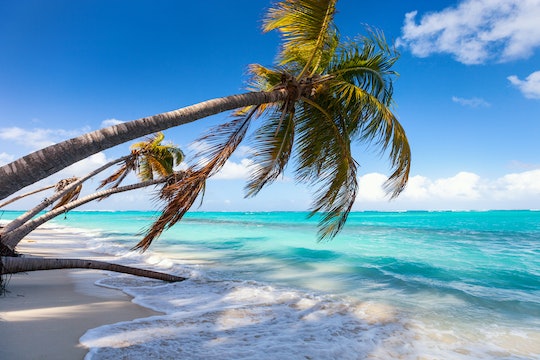 Even though it's the middle of spring, this story about a kid stealing his mom's credit card and flying himself to Bali — all by himself — will have you thinking you just watched the classic holiday film, Home Alone. It might be sunny outside, and Macaulay Culkin is a 37-year-old adult now, but this 12-year-old kid from Australia is putting his own spin on the classic Christmas tale. Ya know, in the middle of April.

As it turns out, when certain 12-year-old boys get in fights with their moms, they apparently decide to run away. Far, far away. According to People, an Australian boy used his mom's credit card to book a flight from his hometown of Sydney to Bali, Indonesia and was actually able to check himself into a luxury hotel before his plan was foiled. As the publication reported, the family only realized he was missing when the school called to alert his mother of his absence.

But, how did it all go down? Well, the little Kevin McCallister in training apparently "just doesn't like the word 'no'," as his mom told Australian TV news show A Current Affair. After his mom said he couldn't go to Bali, it seems like the young boy thought he knew better and off he went.

For those watching from afar, it's certainly an entertaining story and feels like a plot from a movie. But the boy's mom, understandably, described feeling "shocked" and "disgusted" after discovering what her son had done, as she explained in her TV interview.

But for the little runaway, the adventure was definitely a once-in-a-lifetime experience. Speaking to A Current Affair, the boy (whose name wasn't given, but was called "Drew" for reporting purposes) explained how it was actually quite easy to get to Bali. "They just asked for my student ID and passport to prove that I’m over 12 and that I’m in secondary school," he told A Current Affair. "It was great because I wanted to go on an adventure."

As Drew described it, it seems like it was pretty simple for him to get on an international flight. But as Newsweek reported, Drew's journey was actually an incredible feat. As Newsweek explained, Drew found an airline that would let him fly without any guardians and once he did, he told his family he was simply going to school. Then, he got on his trusty scooter and was off to the train station where he rode to the Sydney airport and got right on the plane with only one layover in Perth before landing in Bali, according to the publication.

Even though Drew's ease with credit card theft is certainly troubling for his parents, the boy proved himself to be quite resourceful, which might be the silver lining to this whole story. After all, now Drew's parents know that if he gets lost, he's more than likely to find his way home. Or to a luxury resort.

But, just because Drew is evidently quite savvy and smart, that doesn't mean his parents were OK with his actions. As his mother told A Current Affair, "It's too easy, it's way too easy," she said about how her son left the country with no issues. "There's a problem in our system." She continued, "There’s no emotion to feel what we felt when we felt that he left, overseas. We were a mess."

Unfortunately, the mother of young Drew has gotten a lot of flack for her son's actions. On the A Current Affair Facebook video of the interview, commenters have gone haywire mom-shaming the woman. "The mother was complaining that no one 'did their job' if they had he wouldn’t have been able to get away with it," one user wrote, continuing, "What about her doing her job as a parent, how did he get access to her credit card, take some responsibility for your child's actions."

At the end of the day, though, all that matters is that the young boy is safe at home, which he is. This story is certainly one for the books and mom-shamers can leave it at that. This boy is obviously both smart and adventurous and has already given his parents enough to worry about for a while.